Midsummer medley - but where on earth is the sun?

Sorry it has been so long since my last post - I just don't seem to be doing very much that is blog-worthy apart from my running which is going on here.

In the last couple of months we've had Daisy and Fred's birthdays.  Daisy was very lucky and her birthday was on the last weekend of May when the weather was glorious but I don't think the sun has shone for more than half an hour since then :-(  My parents needed house-sitters that weekend so we took two of Daisy's friends with us for a sleepover and they had a fabulous time cooking, playing rounders and messing about in a huge paddling pool - and decorating Daisy's birthday cakes.......... 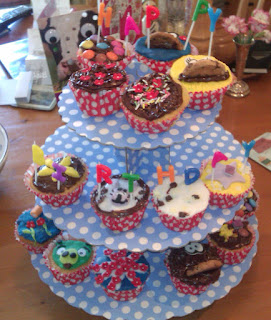 Fred's birthday was just over a week later - and fairly wet - but we persuaded him that you could still eat ice-cream on days when the sun wasn't shining (!) and took him to a local ice-cream parlour where we all indulged in giant sundaes. 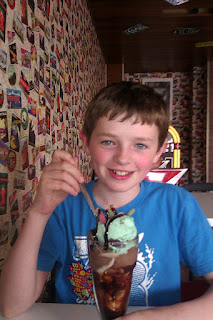 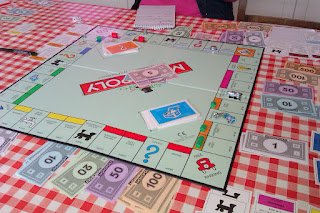 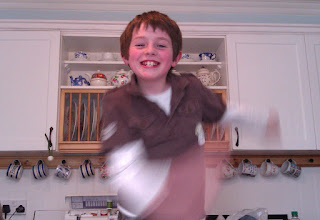 this is him when he's winning!!

Daisy made Fred the most amazing dinosaur birthday cake without any help at all - and it tasted as delicious as it looked. 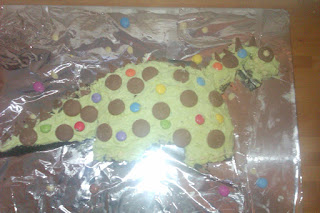 As far as crafting is concerned I seem to have hit a real brick wall.  I don't want to knit, I don't want to sew and I don't want to crochet.  It is most unusual but I find I'm quite happy to sit and watch telly in the evenings with idle hands which would have driven me to distraction previously.  Maybe it's because I'm so focused on my running and can't manage to have more than one interest at a time or maybe it's as my mother suggests and I'm just tired from running and need a rest?

The garden is growing nicely - as are the weeds, but the weather hasn't been good enough to spend any time out there lately which is a shame.  Plants I've grown have started to flower and the veg are growing but there are a lot of seedlings that need planting out.

So, not much news but I thought I ought to pop in and say hello!