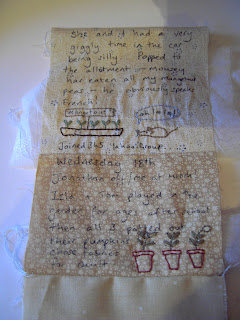 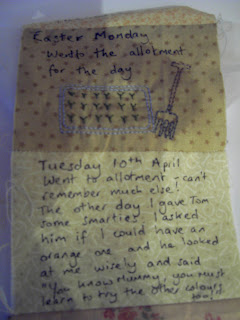 The blocks are rather scrumpled but my iron (which never gets used - except for crafting) has decided to die - and I'm not very good at photographing craft things!

I have spent a frustrating day tidying today - however much I move things around I still seem to have too much "stuff" and nowhere seems much tidier to me. The children and "the boss" seemed to think it looked much better though so I can go fabric shopping with an almost clean conscience tomorrow!
Posted by Locket Pocket at 20:50 9 comments:

I have managed to connect my camera to the computer again so thought I should post some photos so you can see what I have been up to! The first photo is of my allotment when I took it over in June 2006. The second is of it now in May '07. I think we have done quite well! 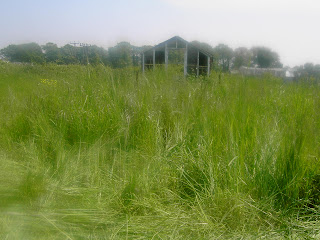 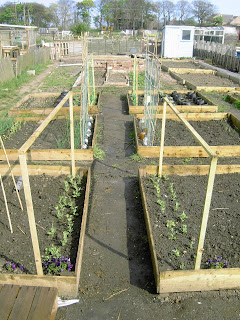 Playing at the allotment

We spent most of the day at the allotment today. It was misty/cloudy but I still managed to get sunburnt!

I've been trying to avoid the housework for a few weeks but it has now got too awful to ignore so I thought I would create a blog instead!

I had started my 365 quilt and had my first strip stitched together and journalled but have taken it apart again as I want to make the quilt a bit smaller. Hopefully, if I find the dining table this evening, I will be able to do a bit more.
Posted by Locket Pocket at 18:06 3 comments: