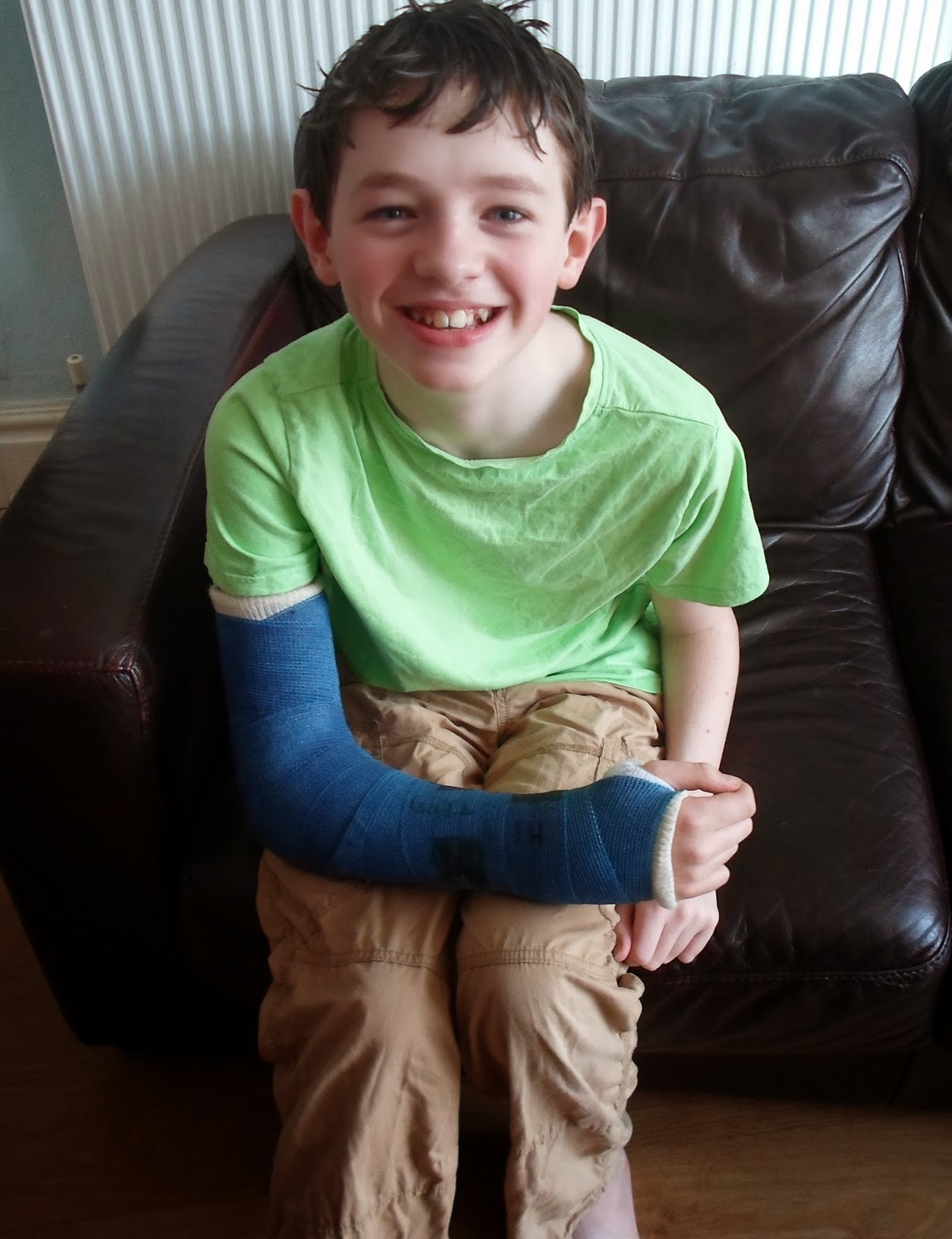 That title is silly but would have had double meaning if broken arms were still set in "pot casts" rather than the clever stretchy/hard bandagey jobs they use nowadays.
Poor Fred broke his right wrist at school the other week - but as you can see by the photo he is in very good spirits about it.  In fact, he has been absolutely brilliant and hasn't complained once!
He even managed to paint with his broken arm when we went back to the pottery to glaze our creations last weekend.  We then picked them up on Saturday. 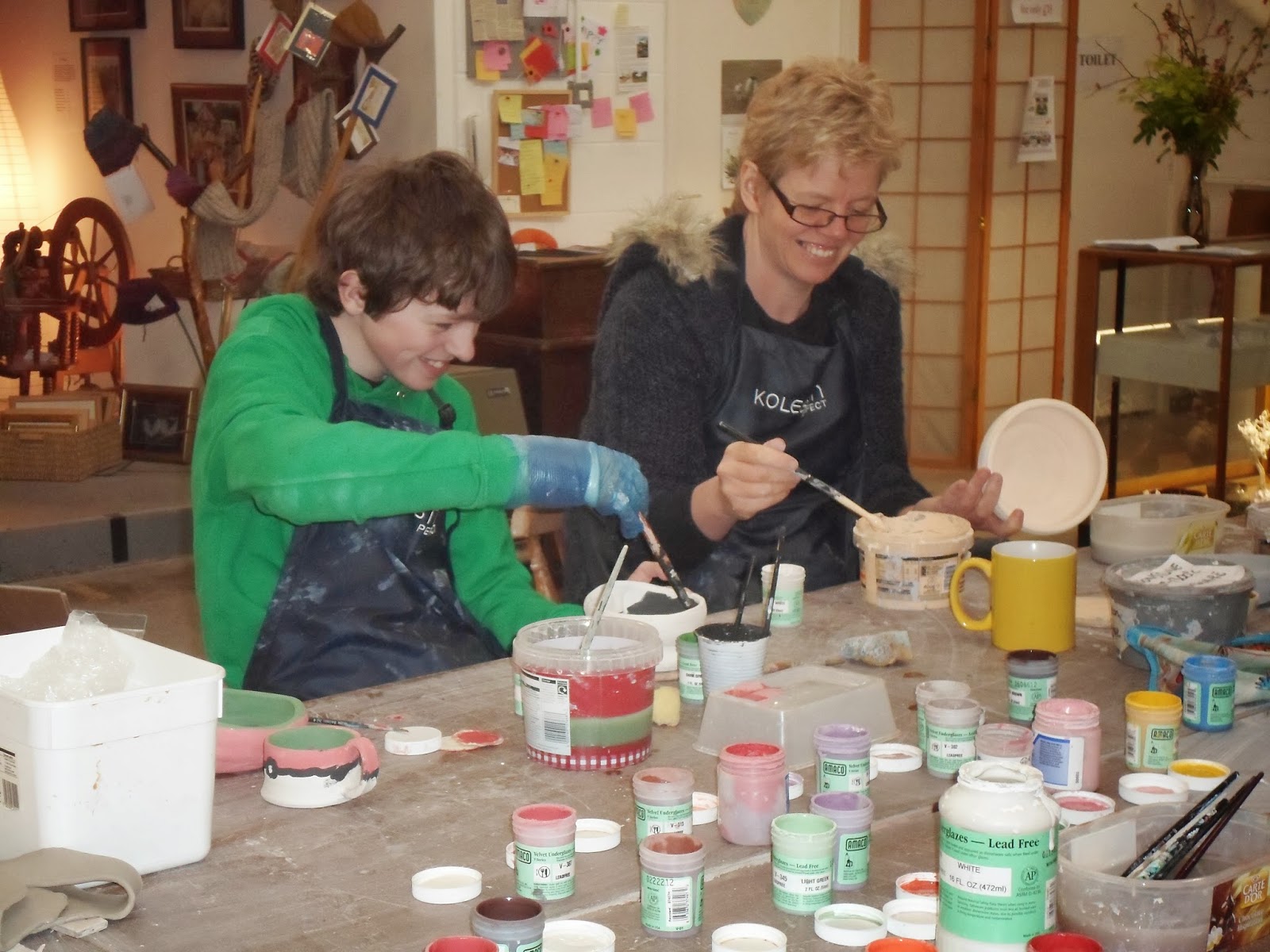 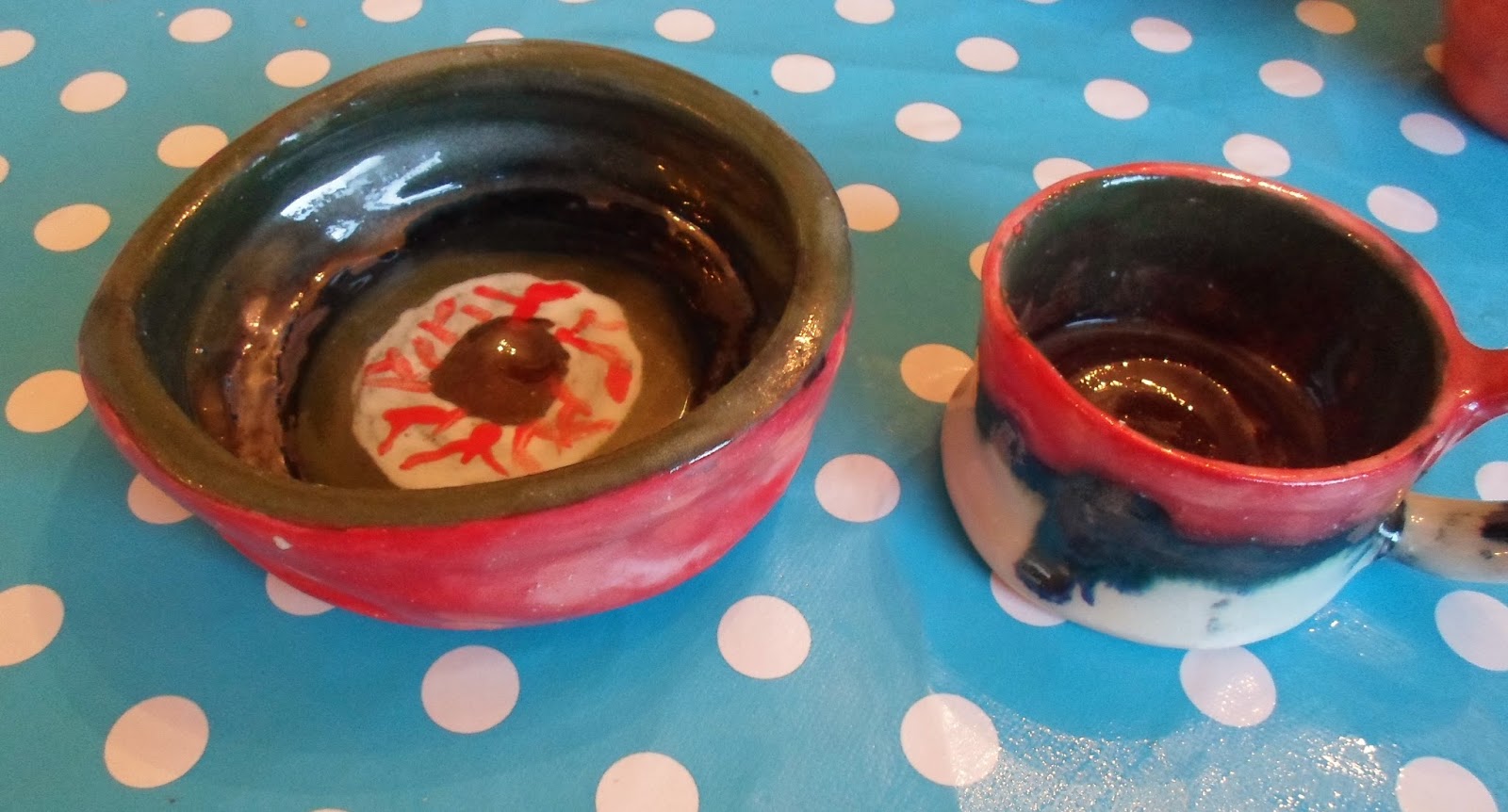 and Dot was influenced by some bold Moroccan style pottery we had seen last summer. 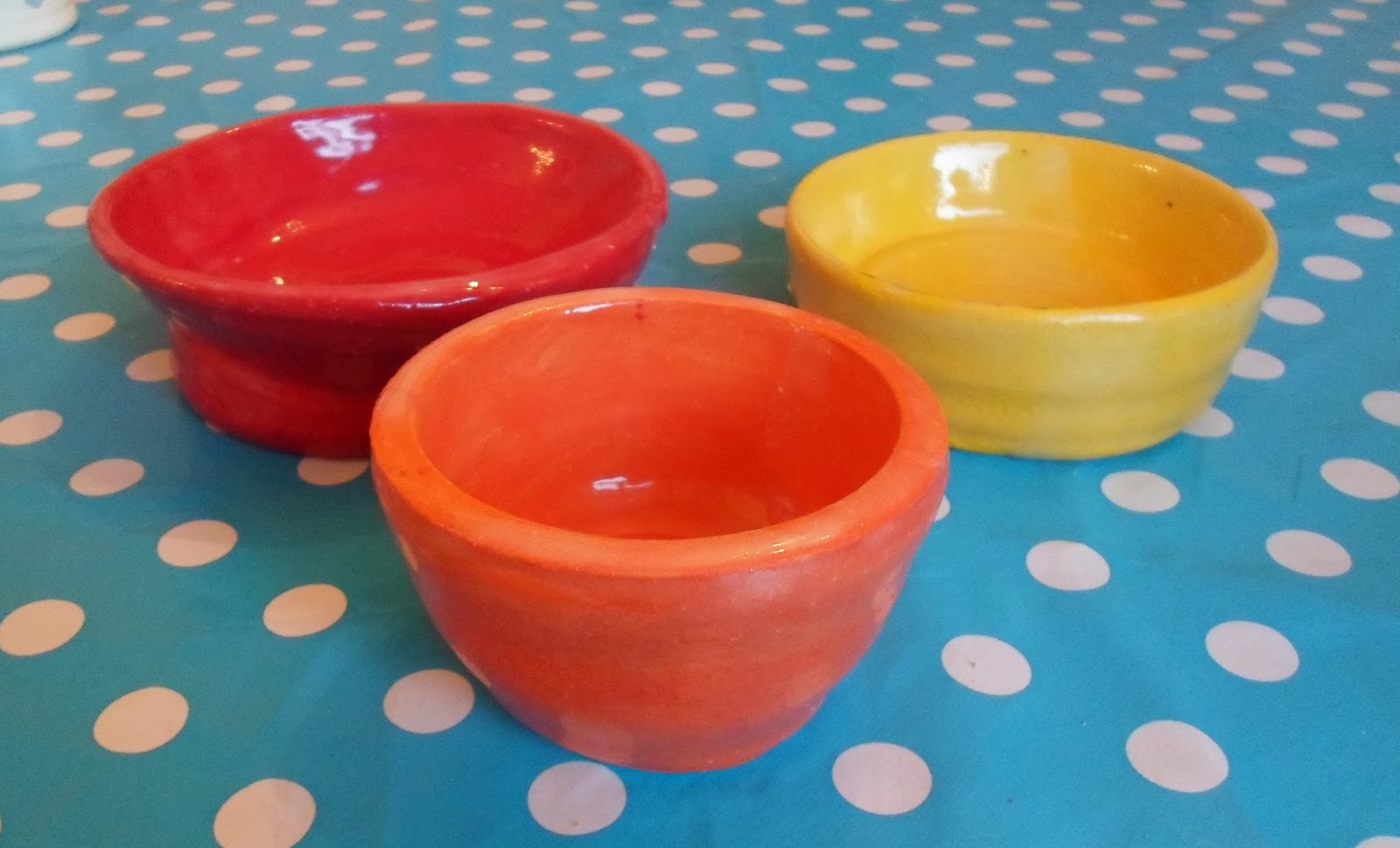 I didn't use paint for mine but instead used 3 different two tone stoneware glazes where the stronger colour comes out where you paint thickly. 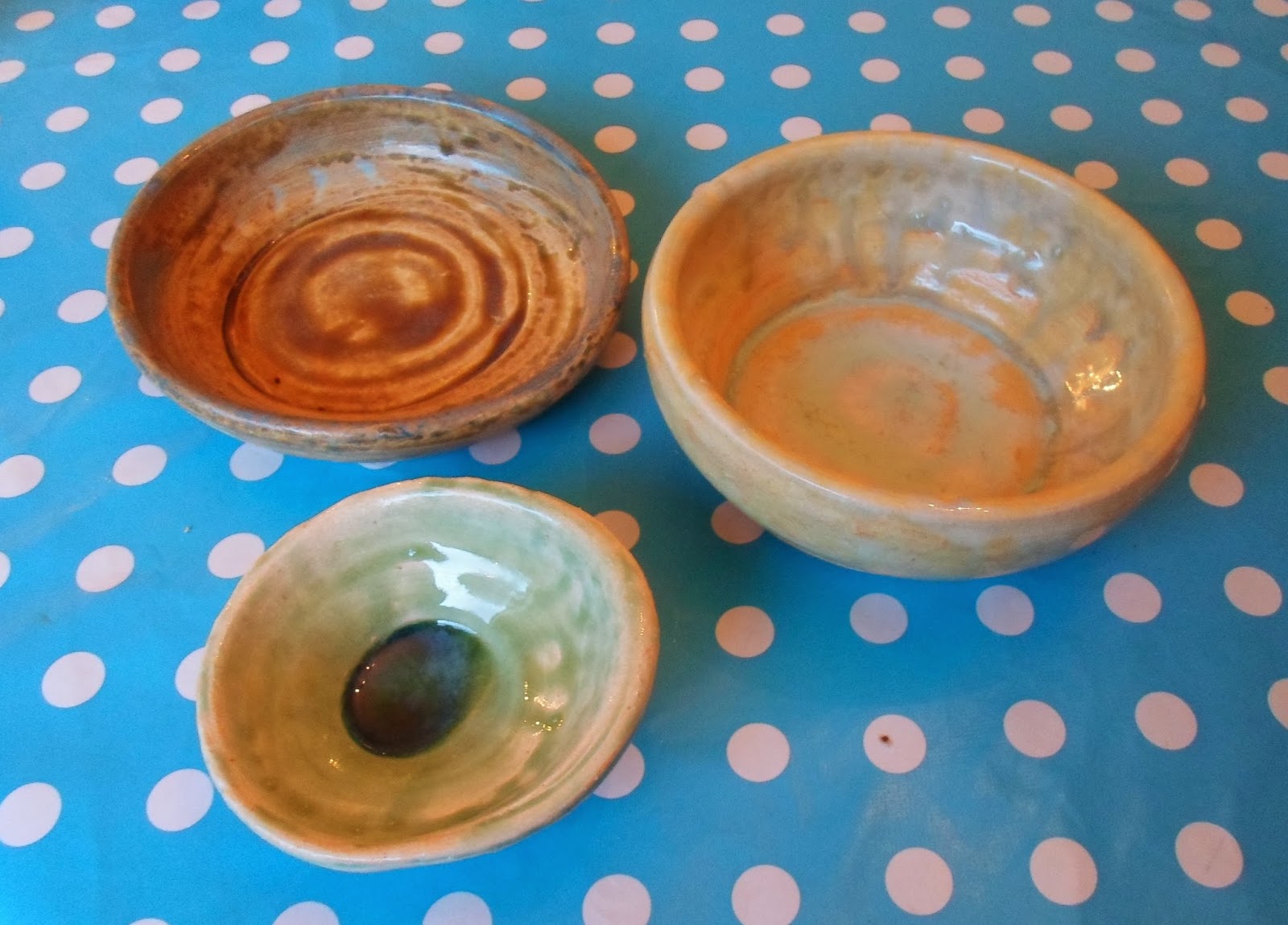 I'm a bit disappointed with two of my bowls but I love this one with the Topaz glaze - and fortunately it's the best shaped bowl too. 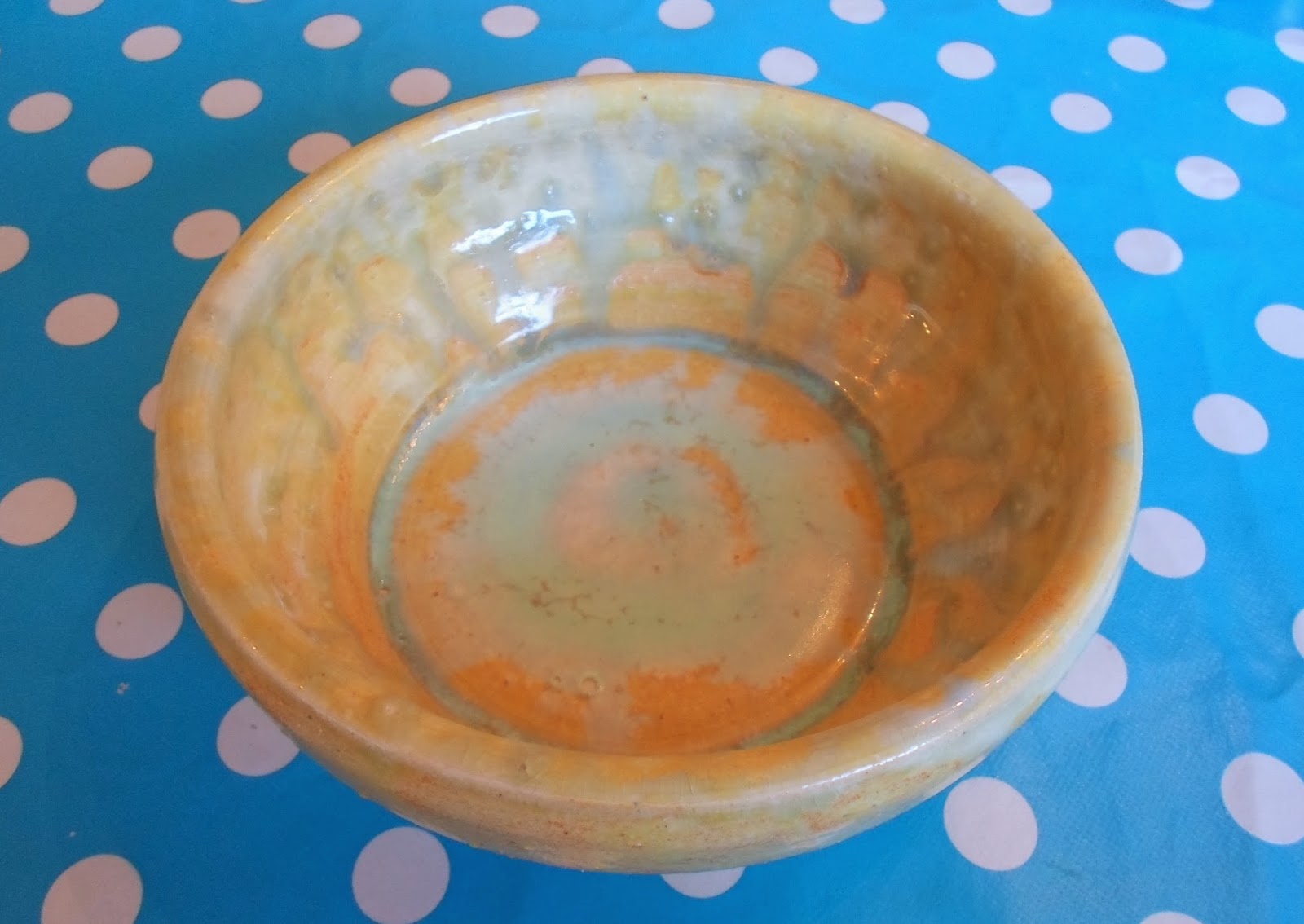 Today I have been making more birthday presents and Daisy liked this fabric combination so much that she now wants this for her birthday quilt instead of the brighter colours I had bought previously! 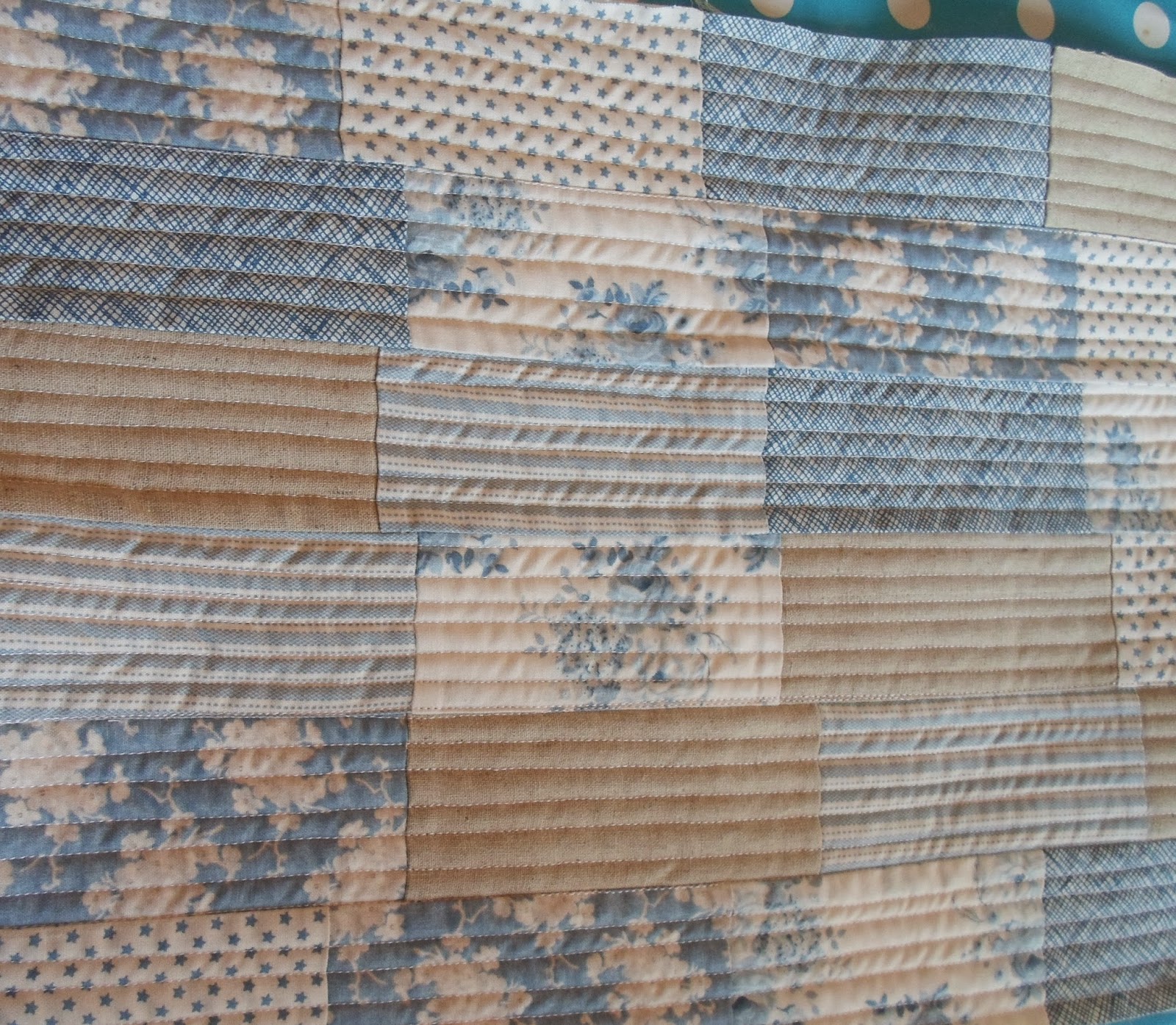 This is a late 50th present for my friend and comes complete with Jelly Babies as she always has them in the car when we go to running club - and they are VERY welcome! 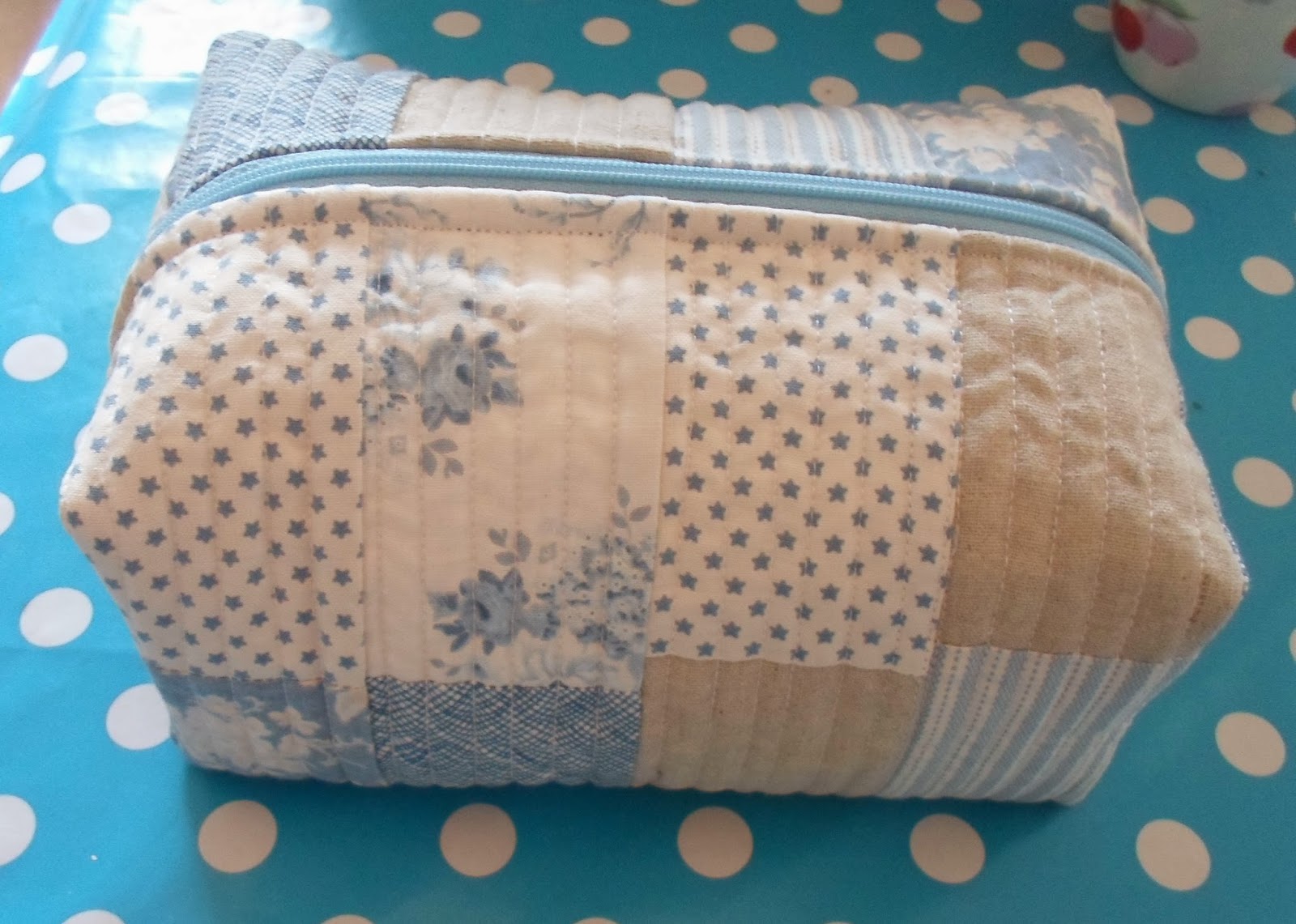 As far as the swap is concerned, I think it is probably best if I leave it this time as there weren't enough people interested to make it viable. I expect everybody just has too many other commitments at the moment.  I did try to contact those of you who had expressed an interest but unfortunately I don't have your email addresses - sorry.
My next challenge - after a few more birthday presents, is to turn these 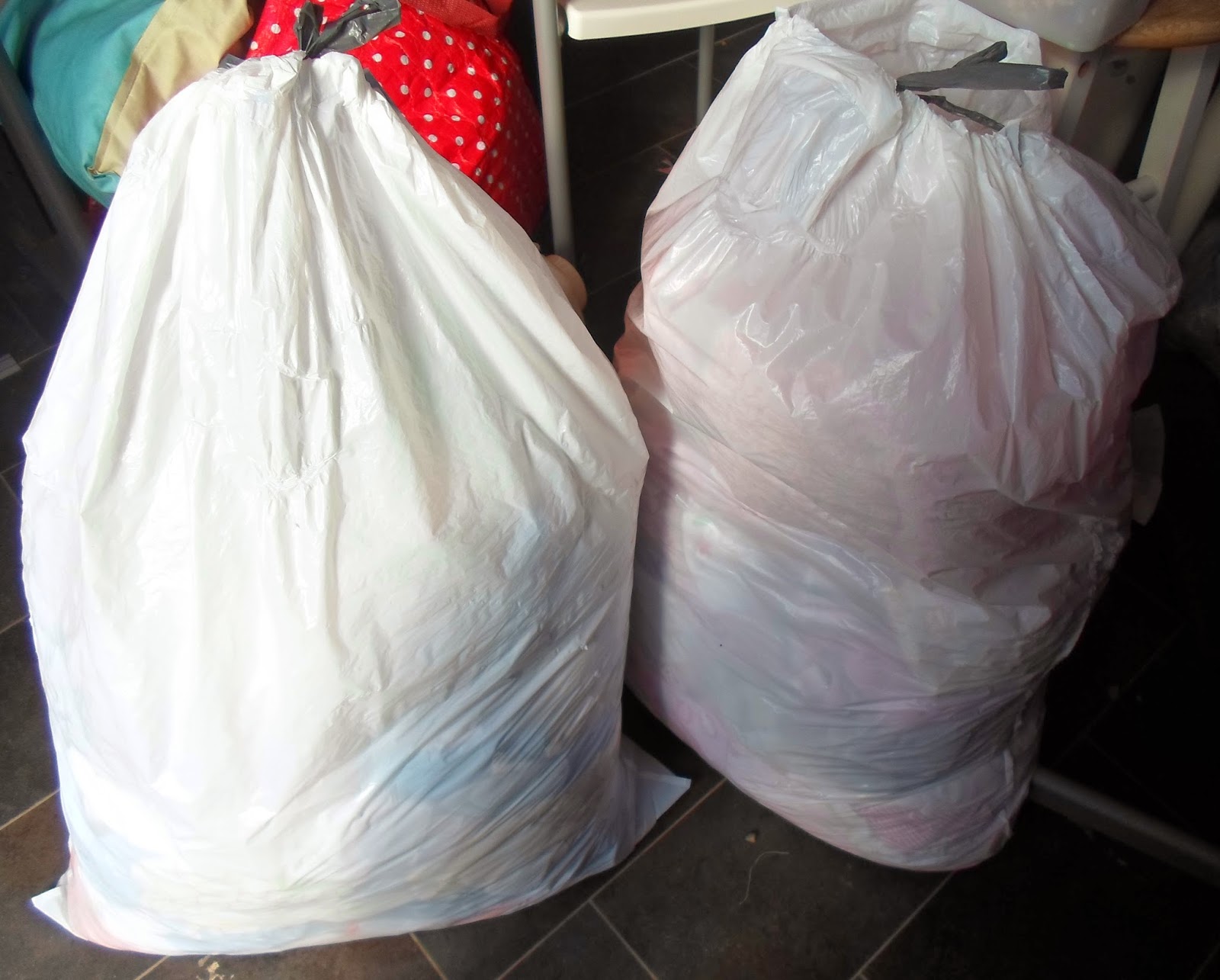 Would anyone be interested in a "Sewing Stuff Swap"?
Catchy title, isn't it? 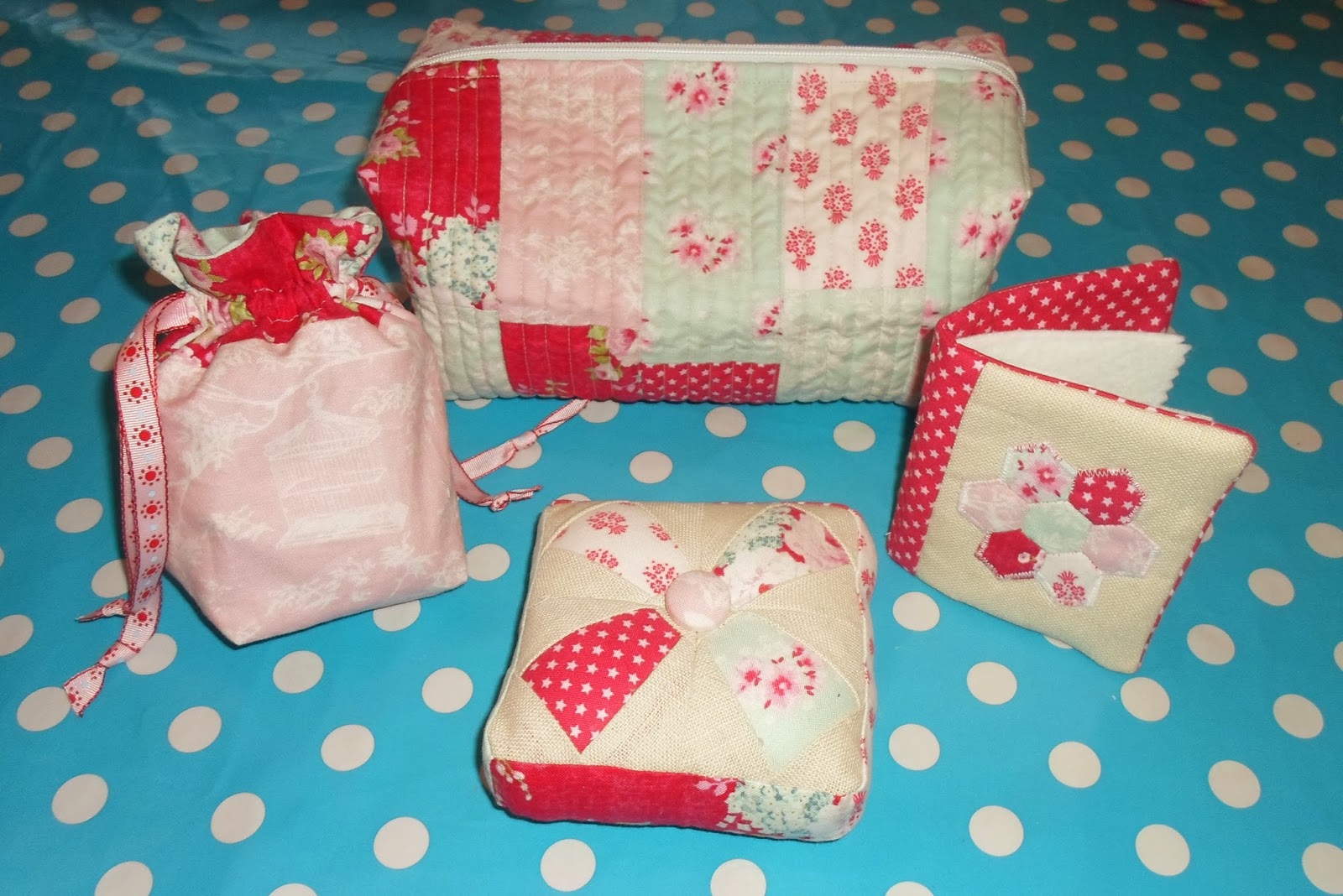 What I was thinking was something like a pincushion as the main thing then a couple of other small pieces to make it fun - a bit like I made for my friend's birthday but not necessarily the same stuff - just useful sewing-y thingummies  - along with maybe a few bits of fabric or sewing kit like thread or ribbons or buttons.
What do you think?
Would you play along?
Leave me a comment if you would be interested.
Lucy xx
Posted by Locket Pocket at 13:27 3 comments:

My very late mini quilts  have finally arrived at their destinations and I've had absolutely lovely messages from both Stephanie and Jo who seem very happy with them. 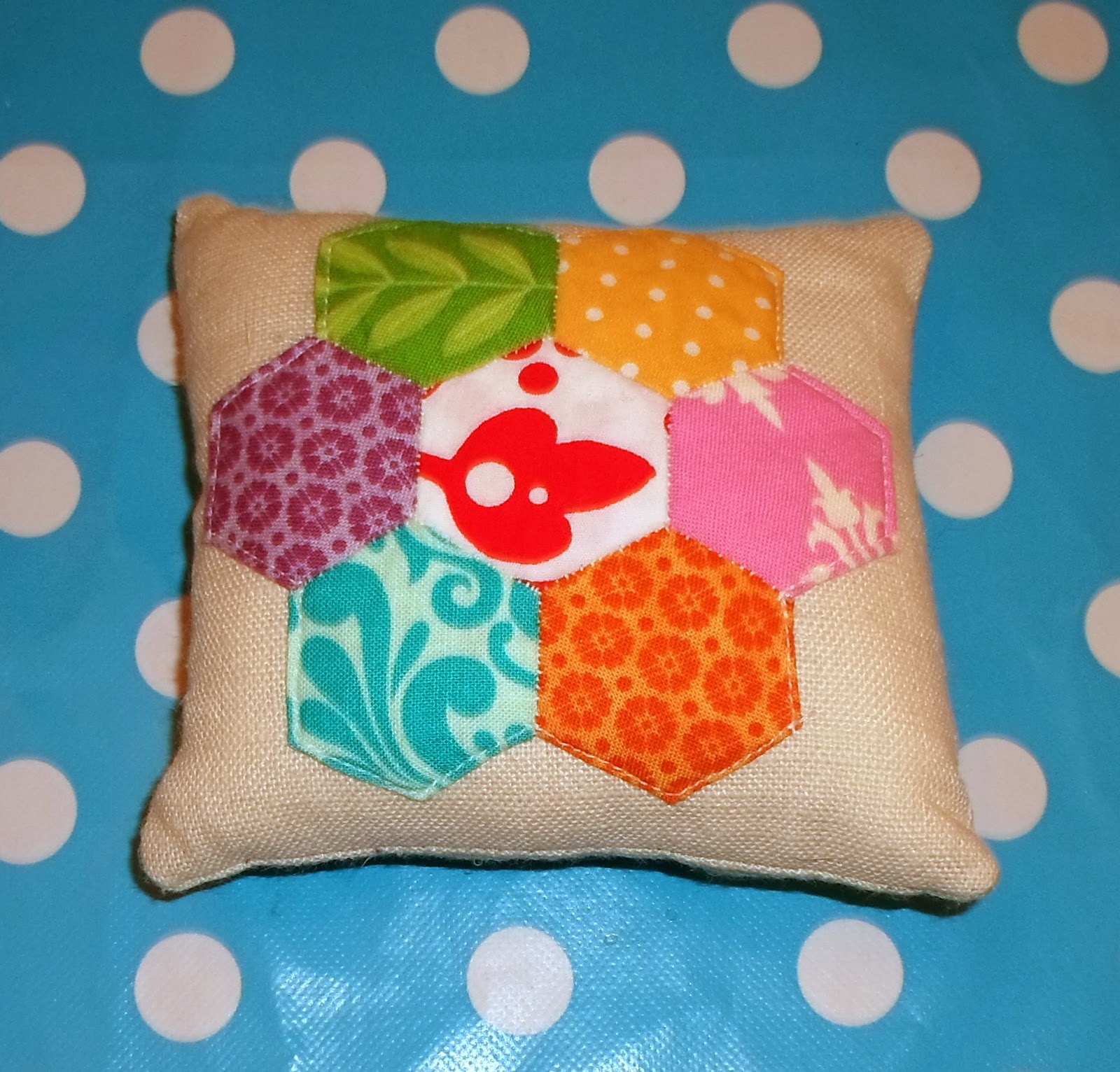 I also included some fabrics from my stash and a little rainbow hexie pincushion. 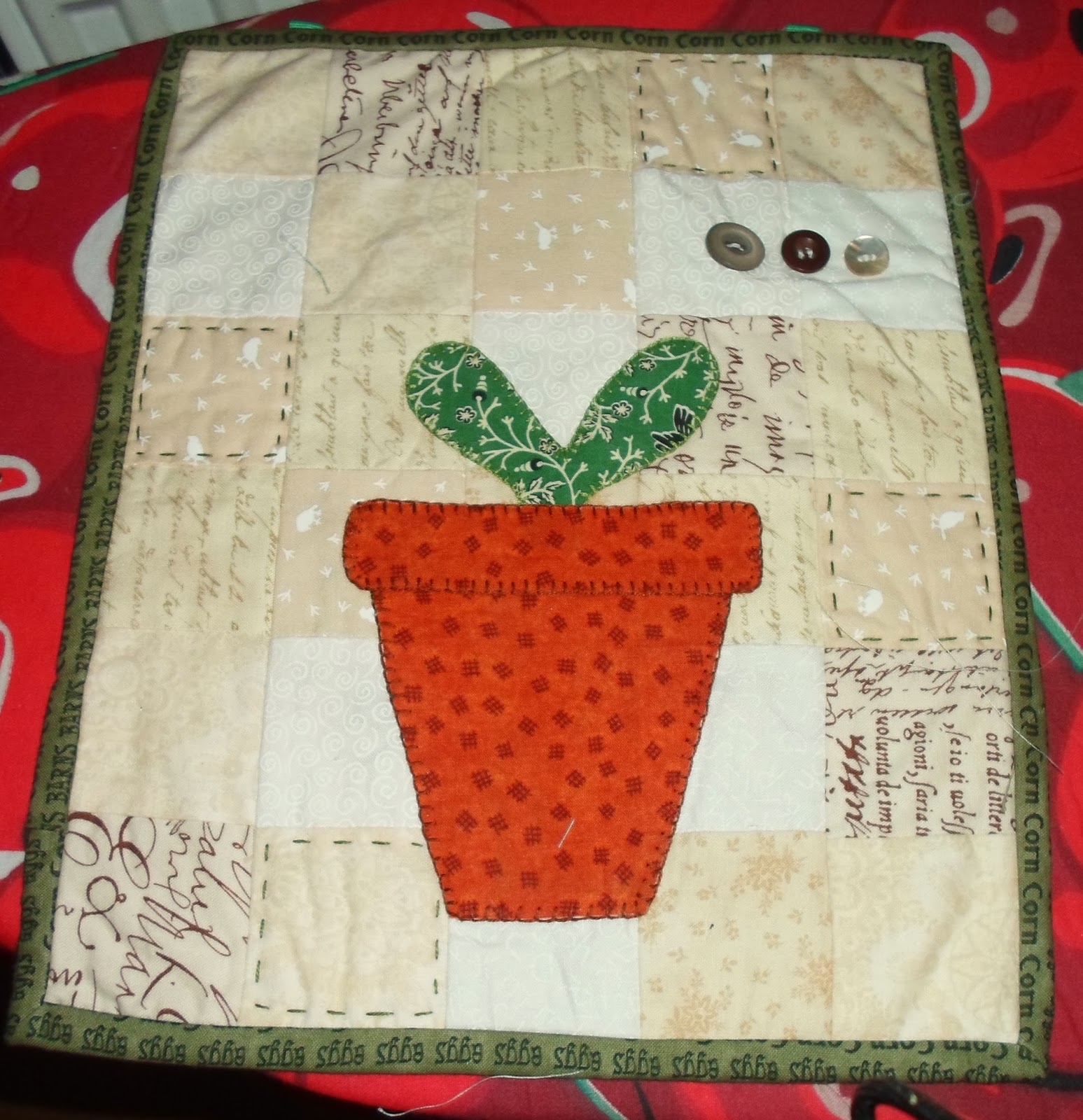 This is the "Spring will come" quilt I made for Stephanie - inspired by this glimpse of a cushion by Blue Elephant Stitches and my own seedling wall quilt that I started last year (and still need to baste, quilt and bind). 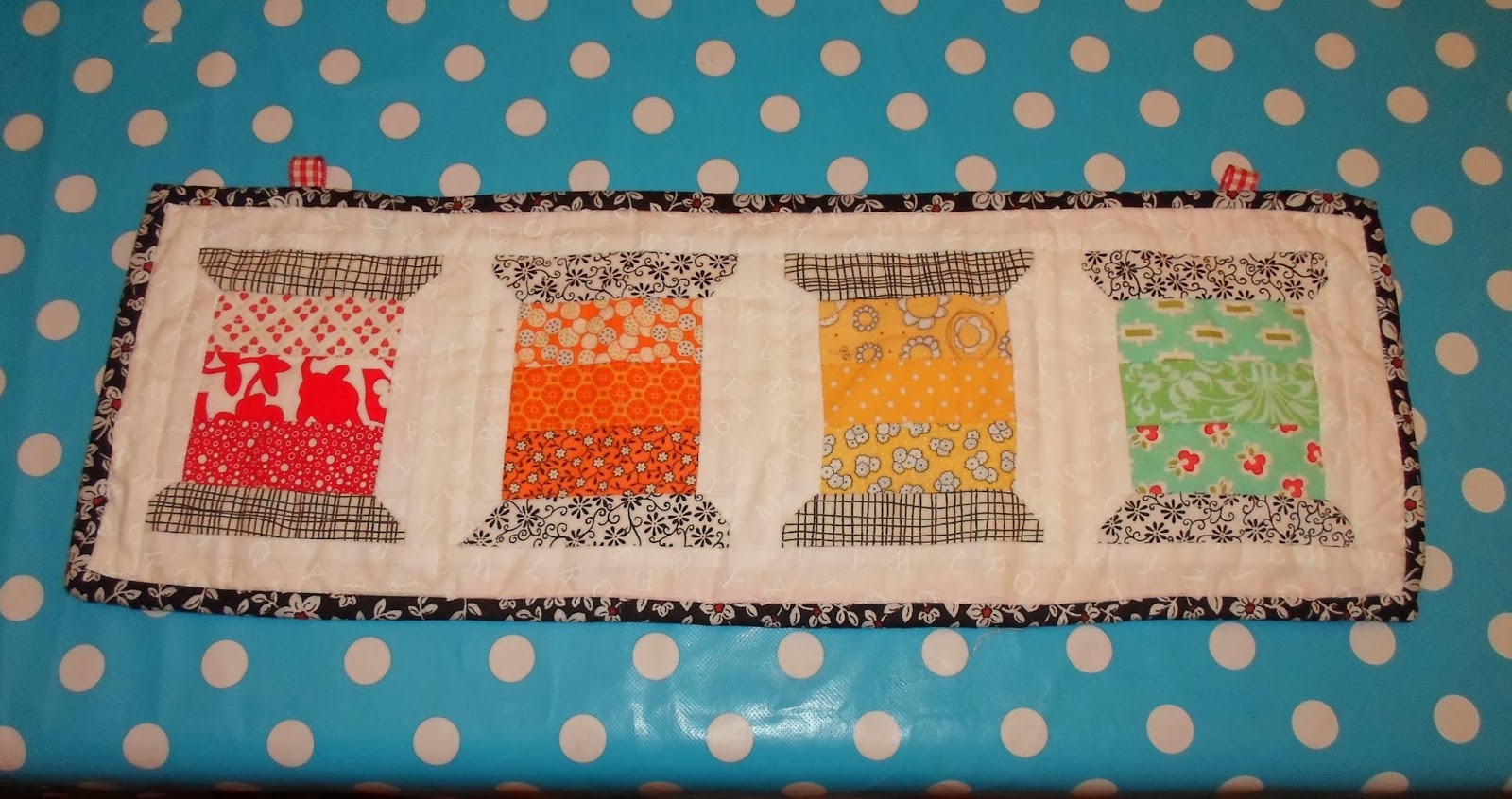 And this is the "Spools" quilt I made using the instructions for Thimbleblossoms mini quilt - which is actually quite big so I made it slightly differently.

It's so good to have got them done and I really enjoyed making them and packing up the parcels to send.  I'd like to do some more swaps in the future - has anyone got any suggestions?

Patchwork presents for one of my closest friends: 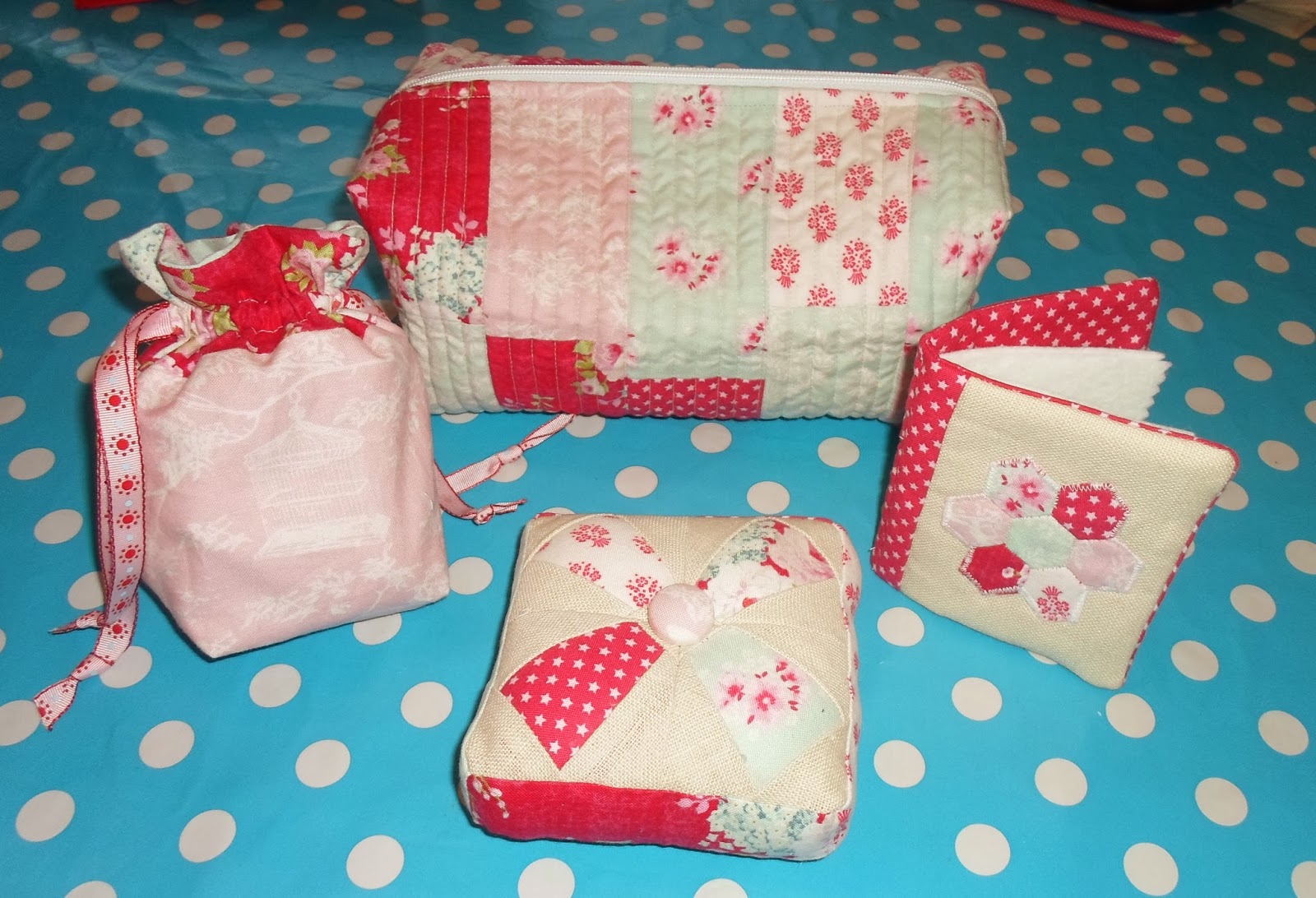 She is coming here with 3 other close friends to celebrate her birthday in about 20 minutes so I think it is safe to show you her presents (especially as I have tidied the house just about enough!) 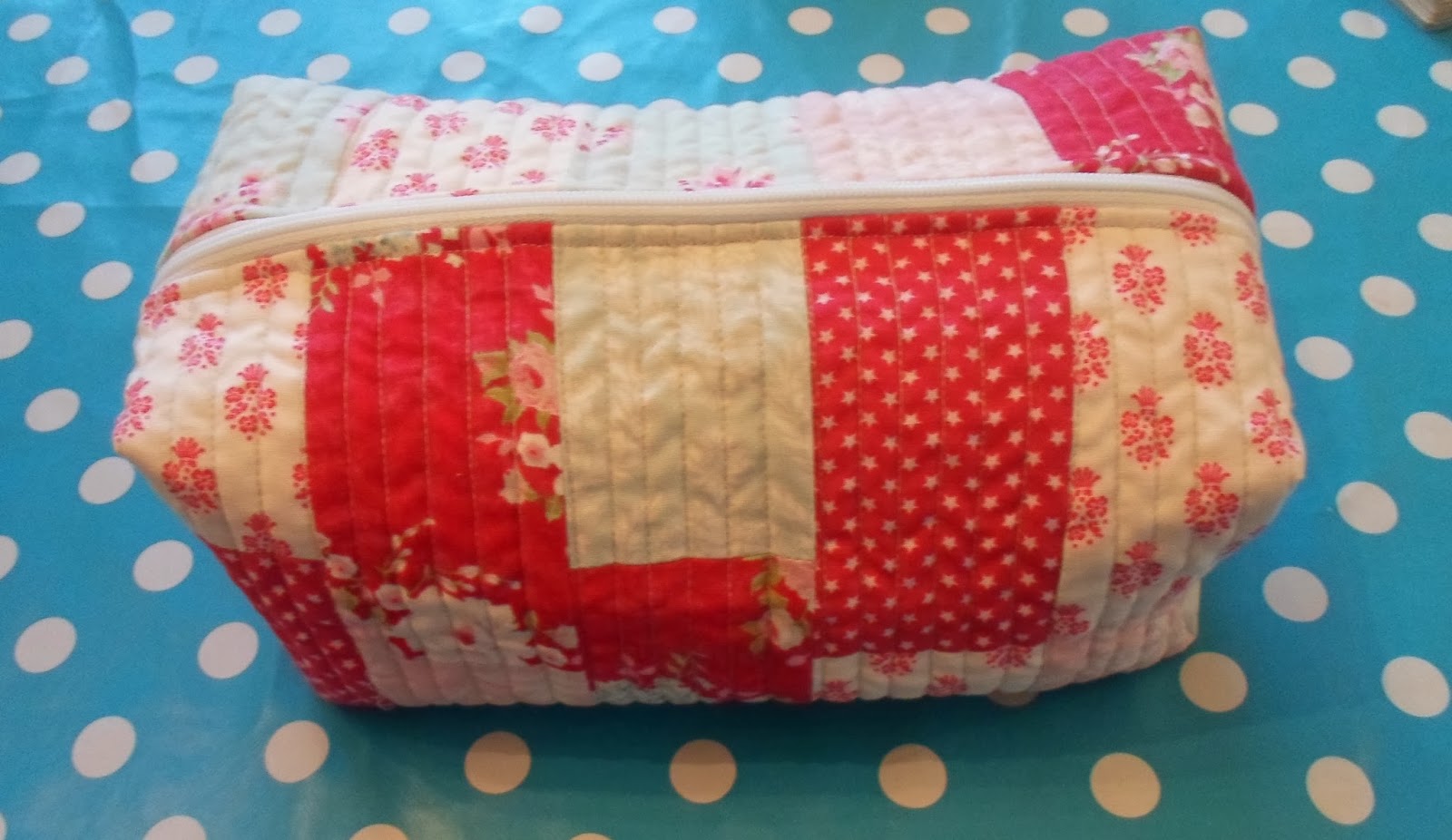 I chose her favourite Tilda fabrics - and I did such a good job of choosing them that when the two of us went to the fabric shop a few days later she went and chose almost all of them herself for her own projects! I'm so clever!! ;o) 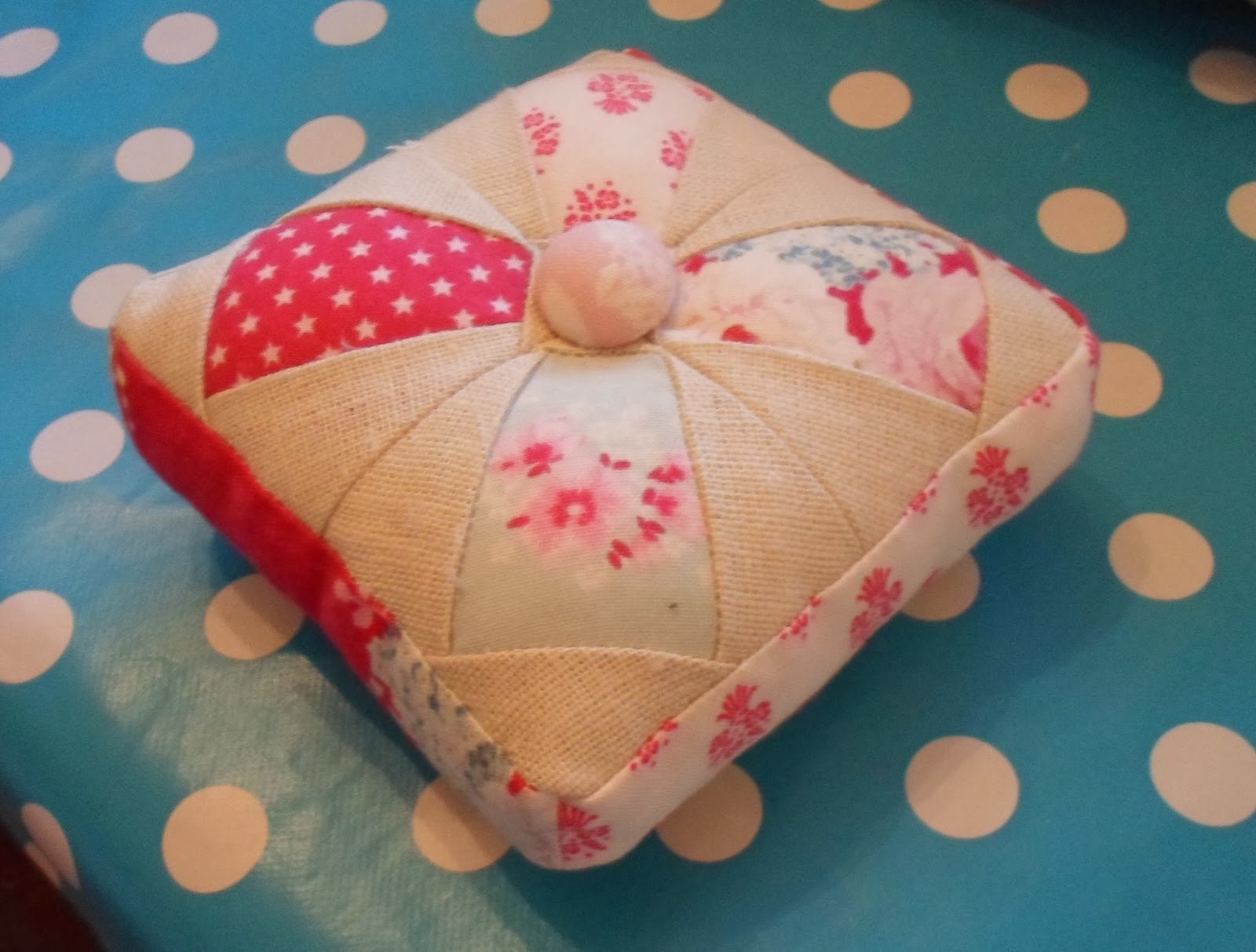 I really enjoyed making these presents for her 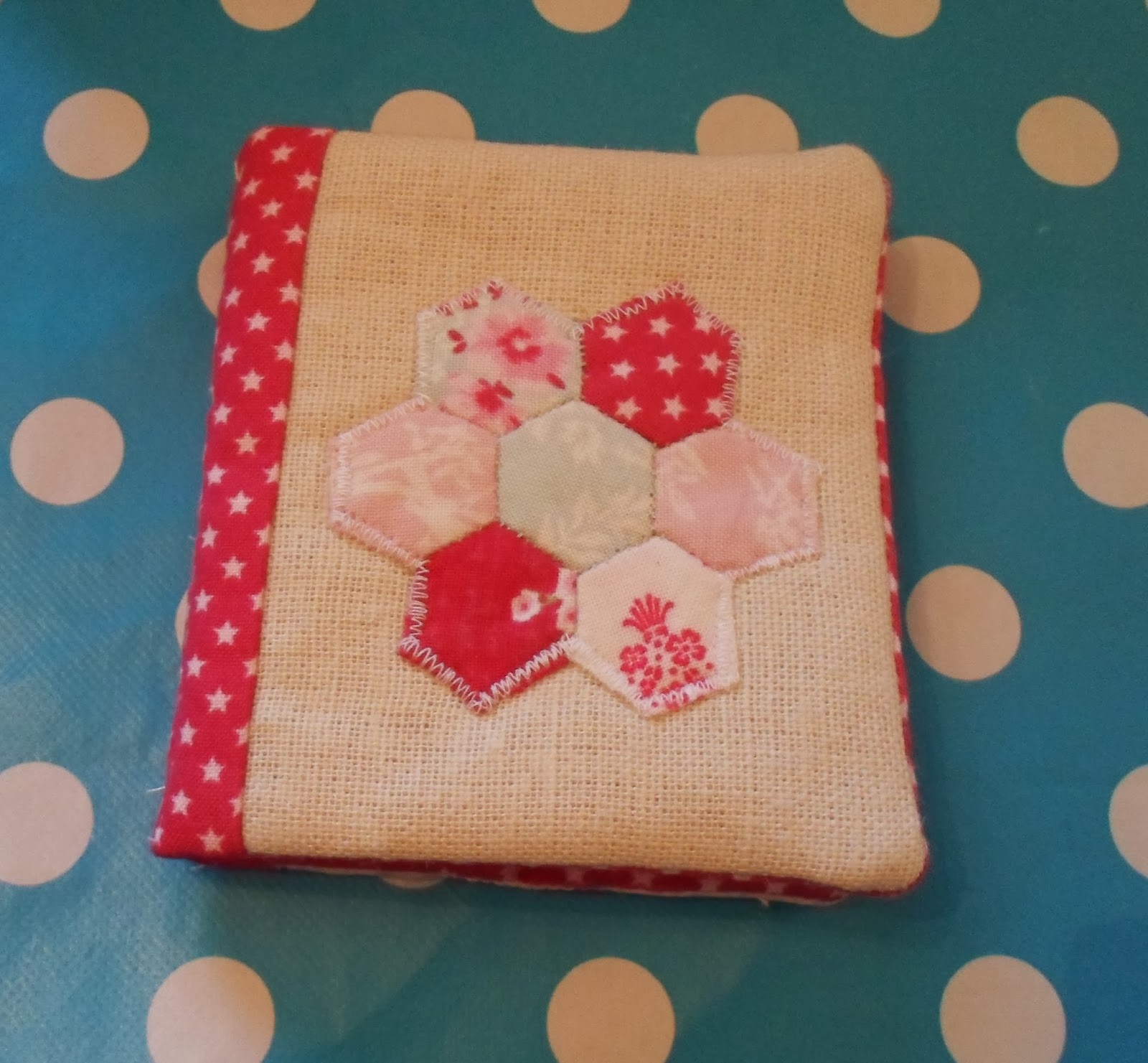 I used this tutorial for the cute needle case 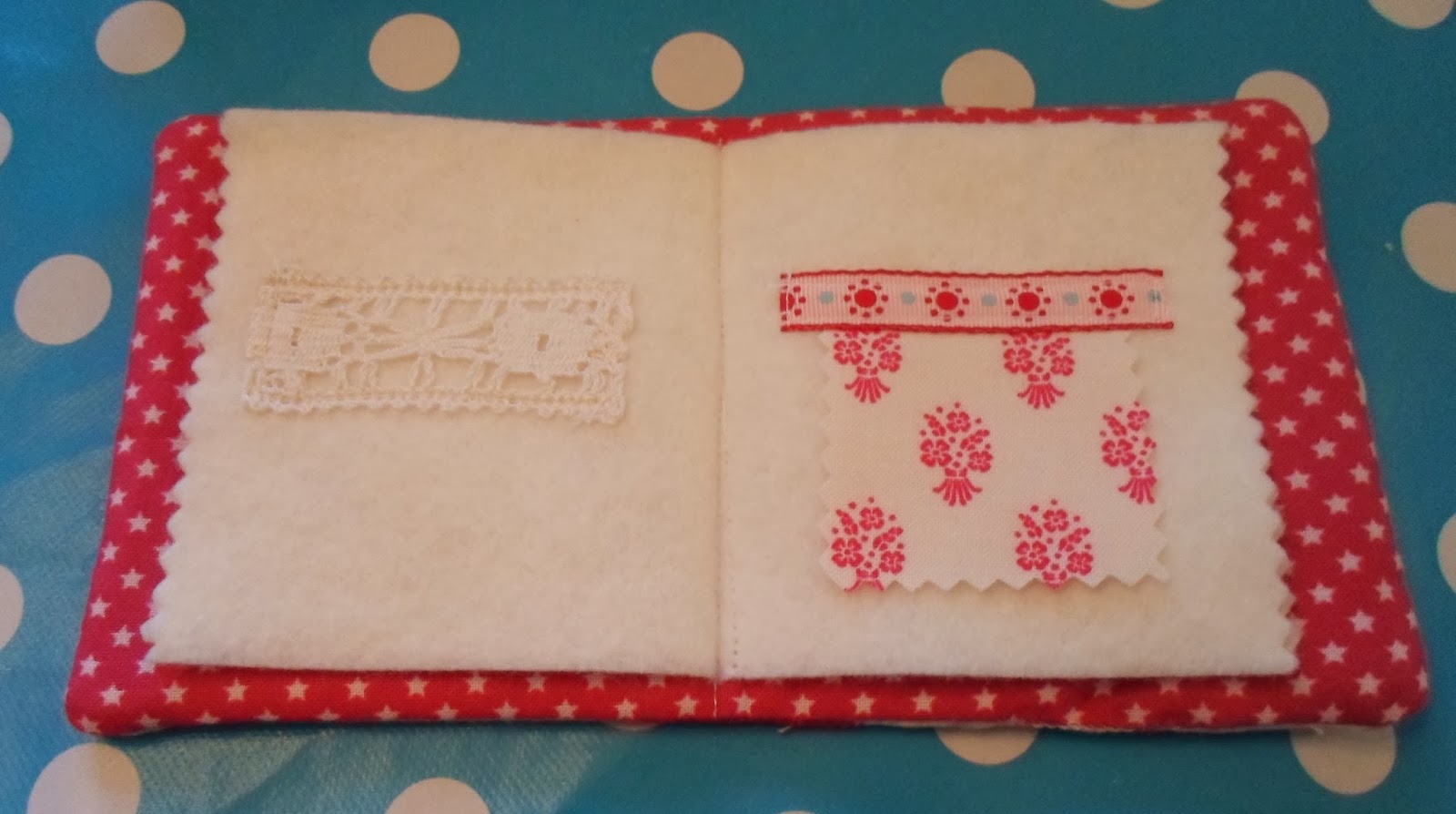 this tutorial for the boxy pouch 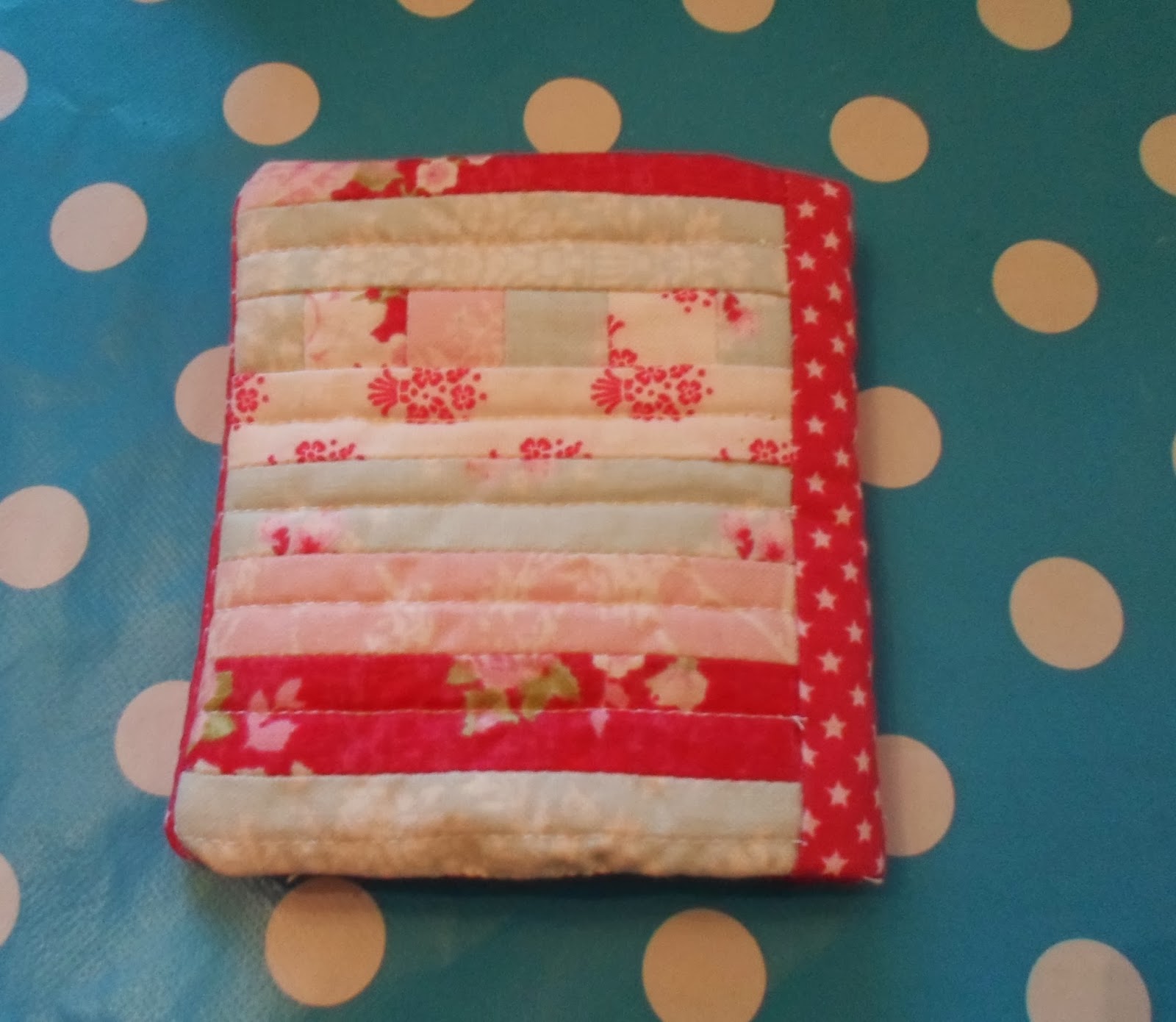 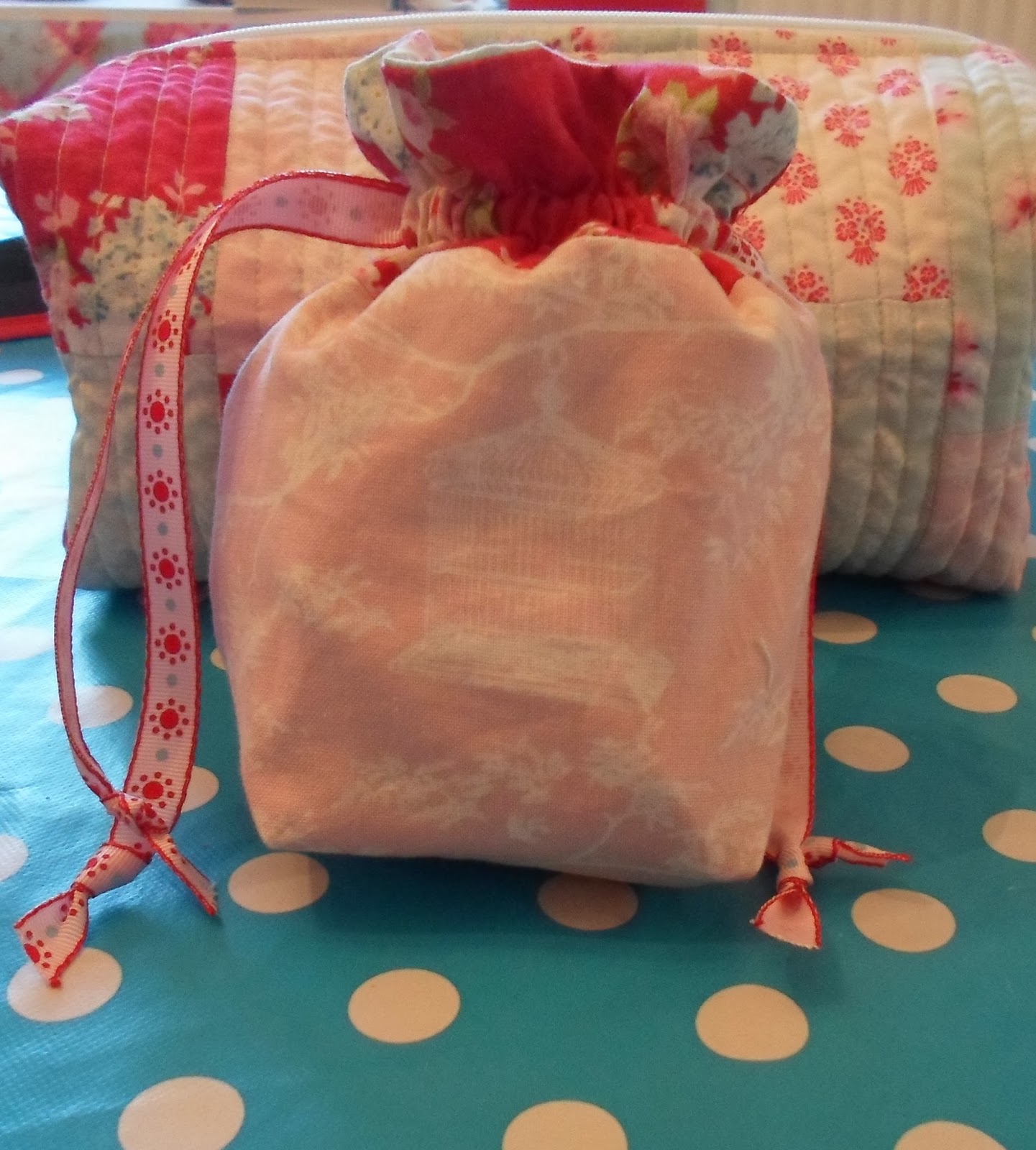 and the pattern from Patchwork Please for the pincushion.

If I hadn't had to go to work I would have carried on making her things as I was having so much fun! I would have made her this mini house decoration as well!
Posted by Locket Pocket at 19:54 6 comments:

Now two fabrics I can cope with... 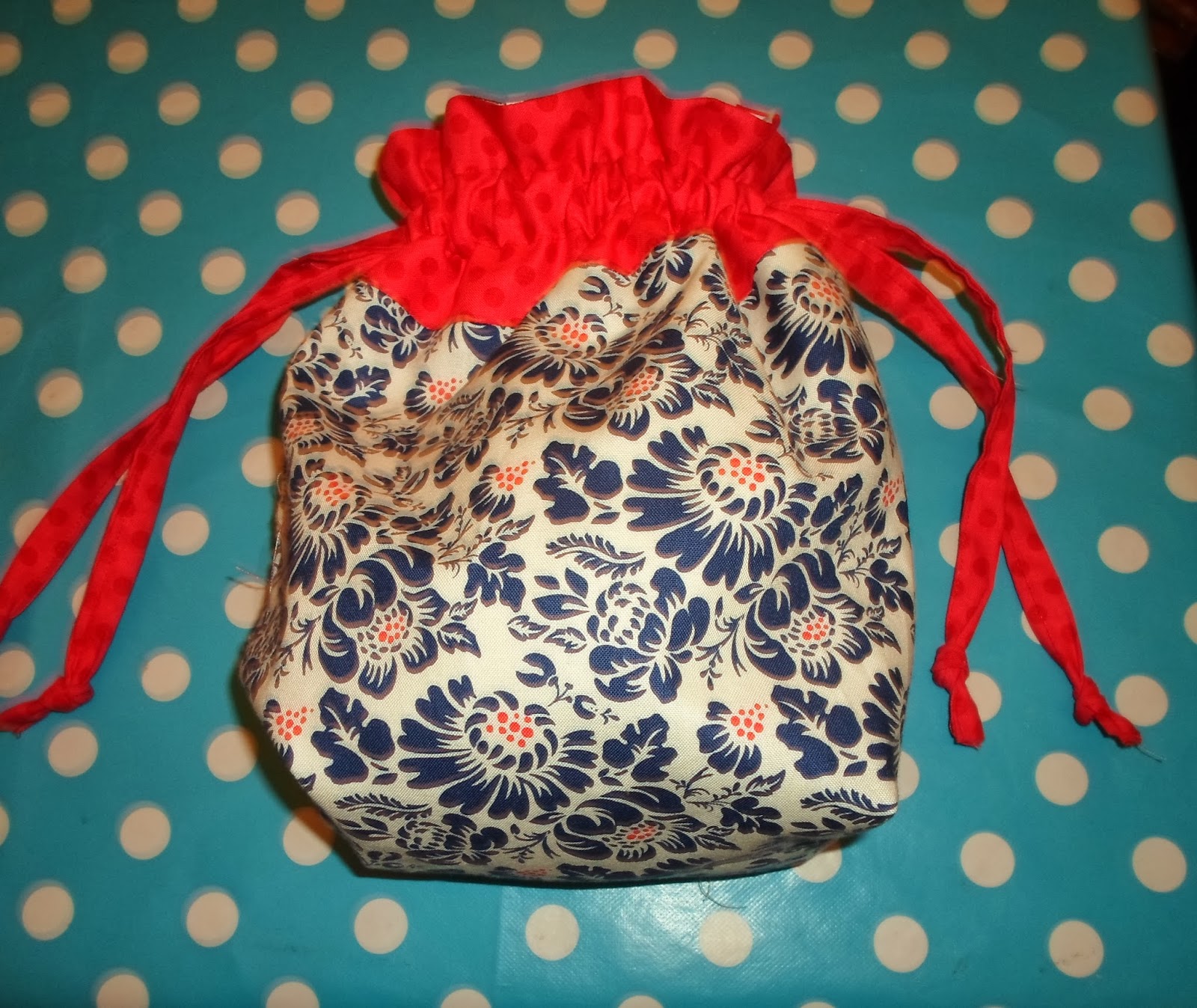 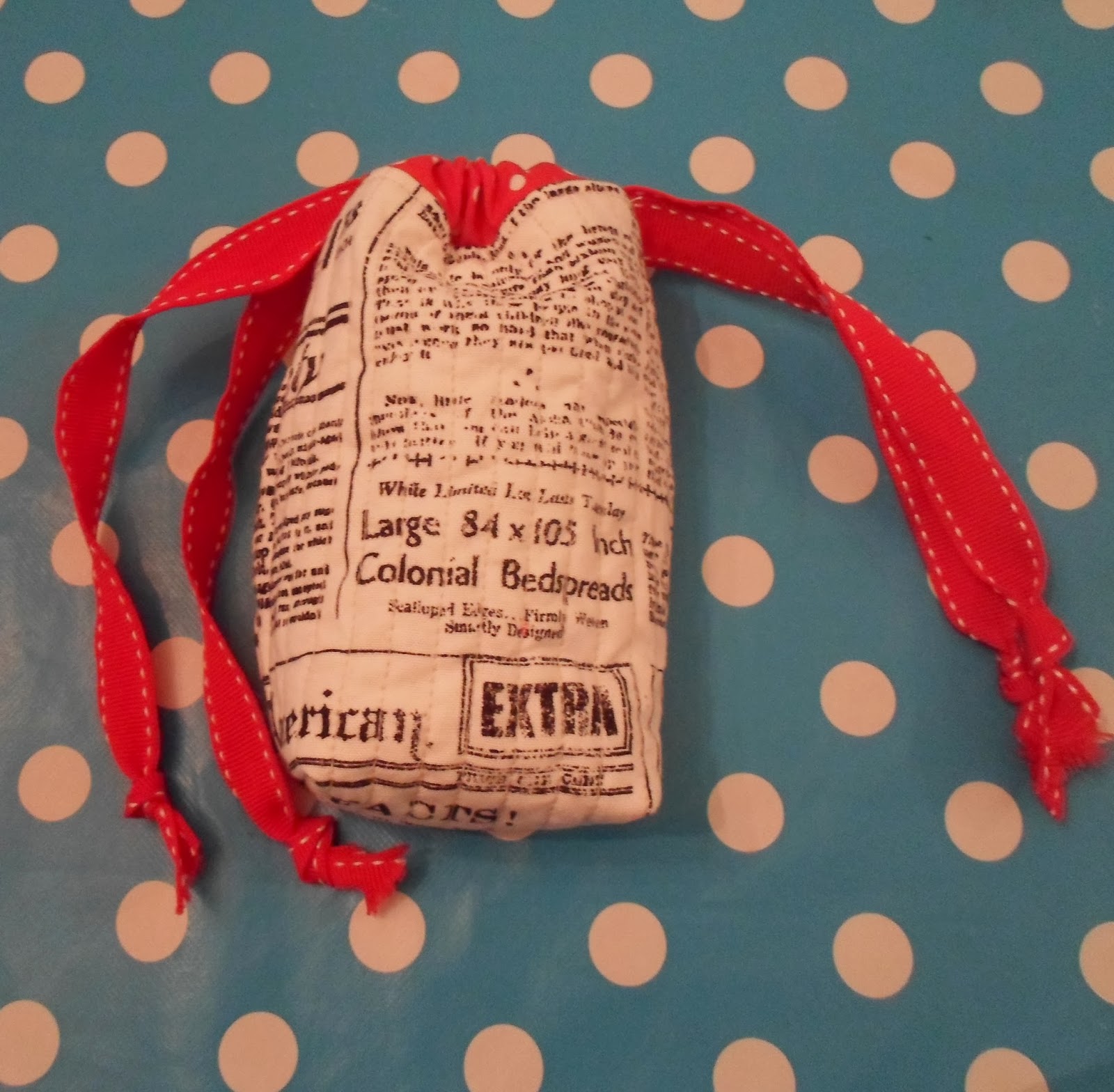 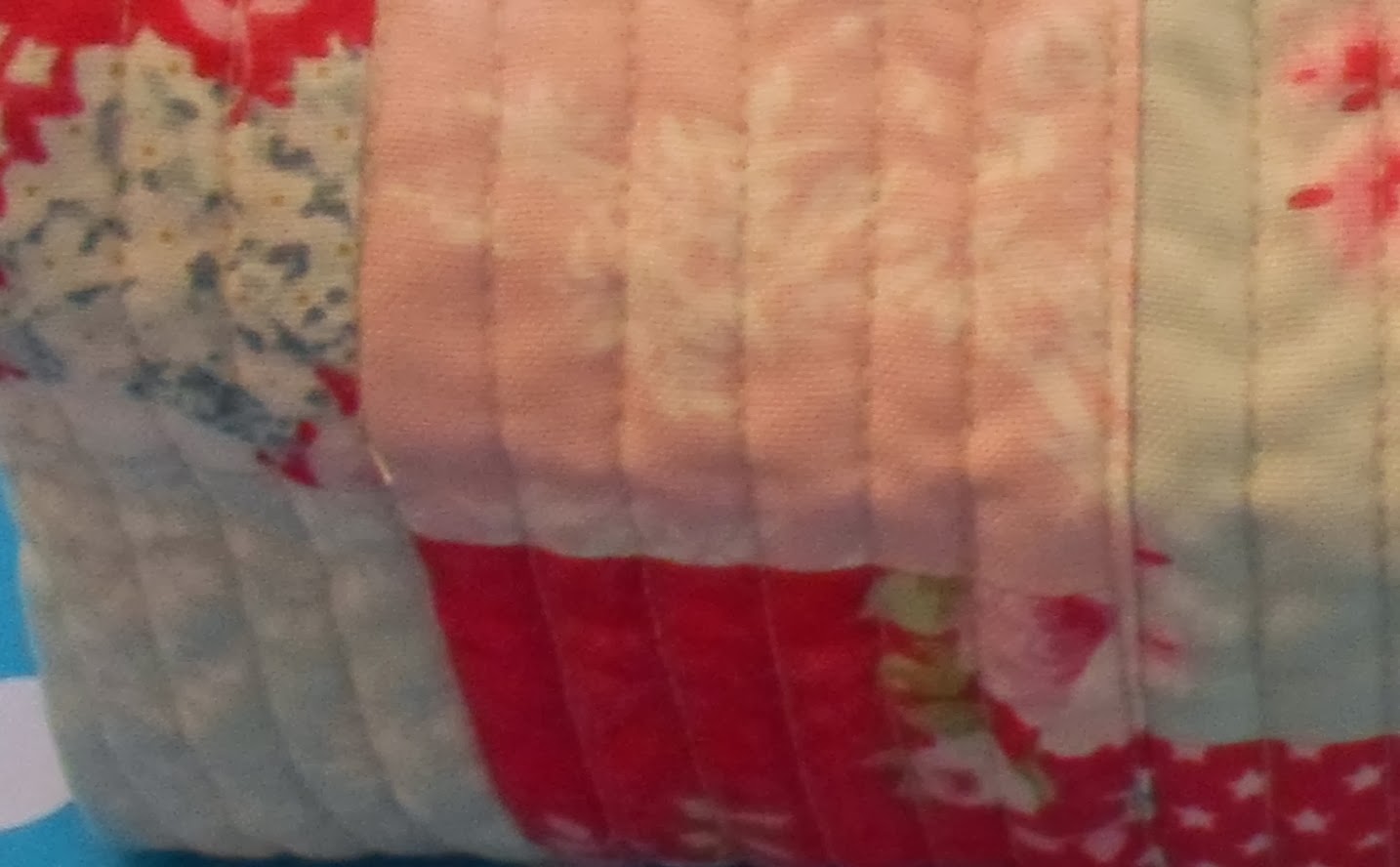 These are decisions that are easy to make - but is it cheating?

Maybe, but I'm still pleased with the results: a bag for my boss (late Christmas present with a pair of mittens), a matching one for myself, a pouch for daisy's new camera, and a selection of presents for a friend's birthday. 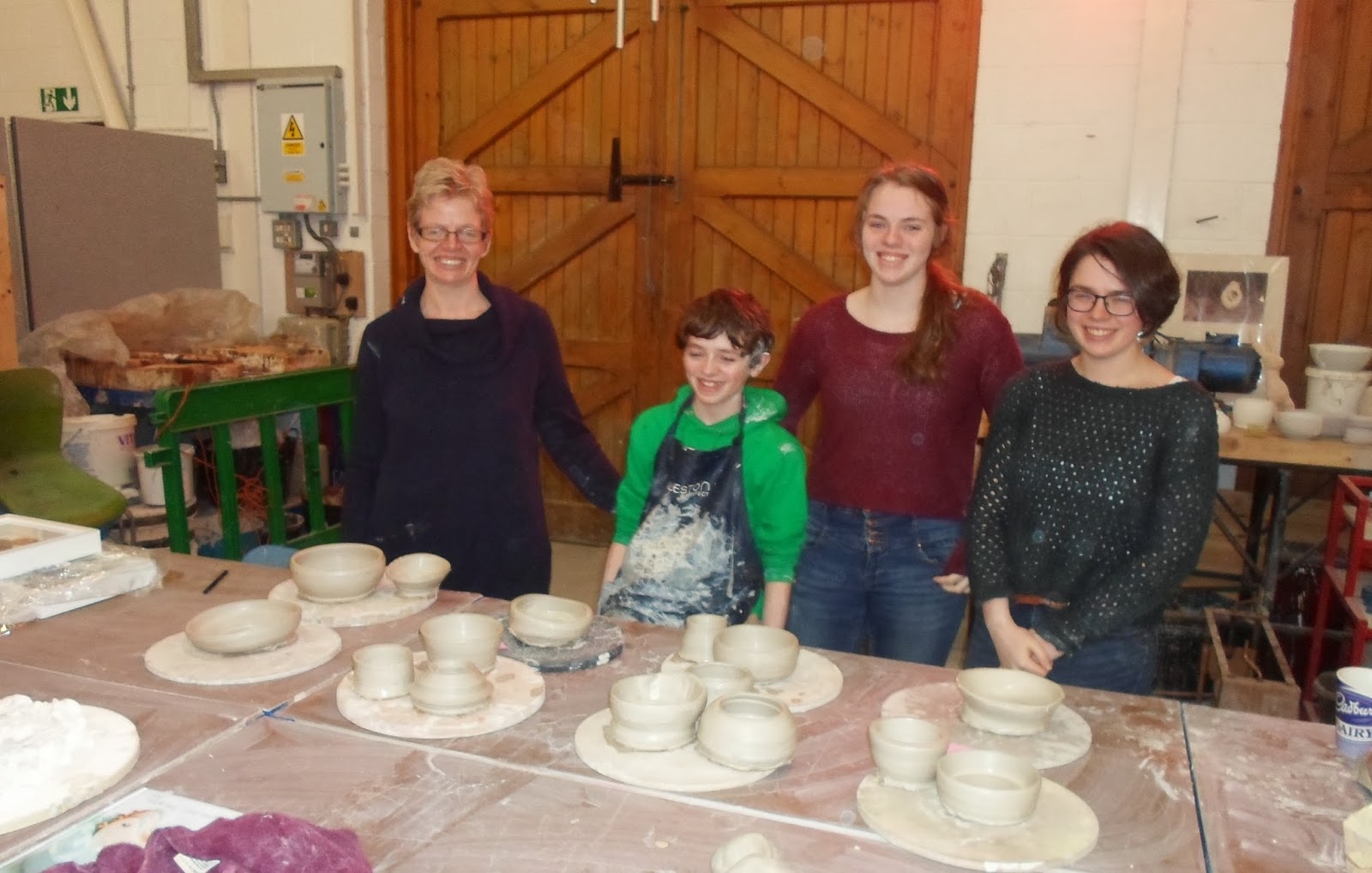 This is what you end up with when four Lockets get to play with clay and a potter's wheel (here). 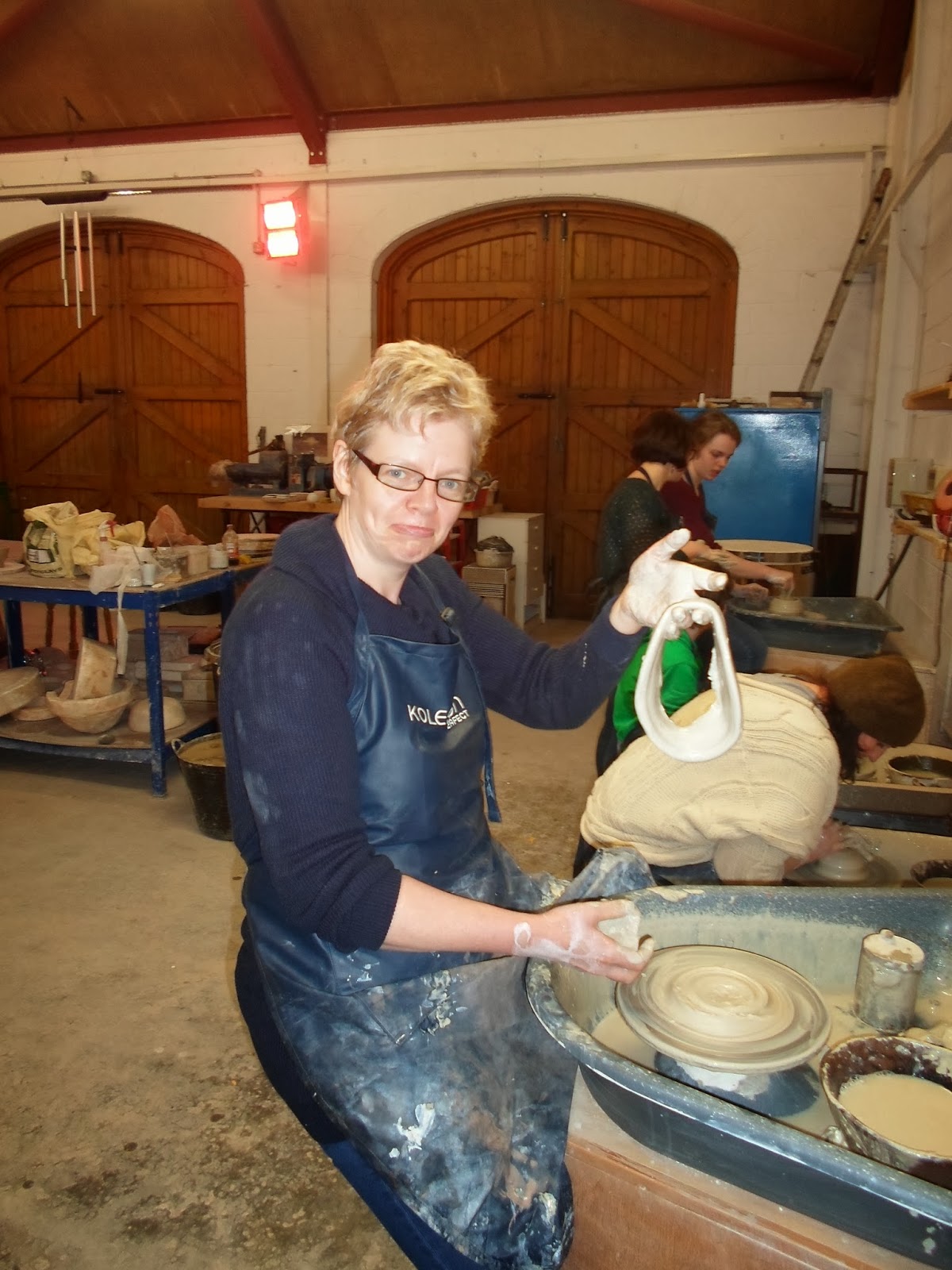 I wasn't very good at it! 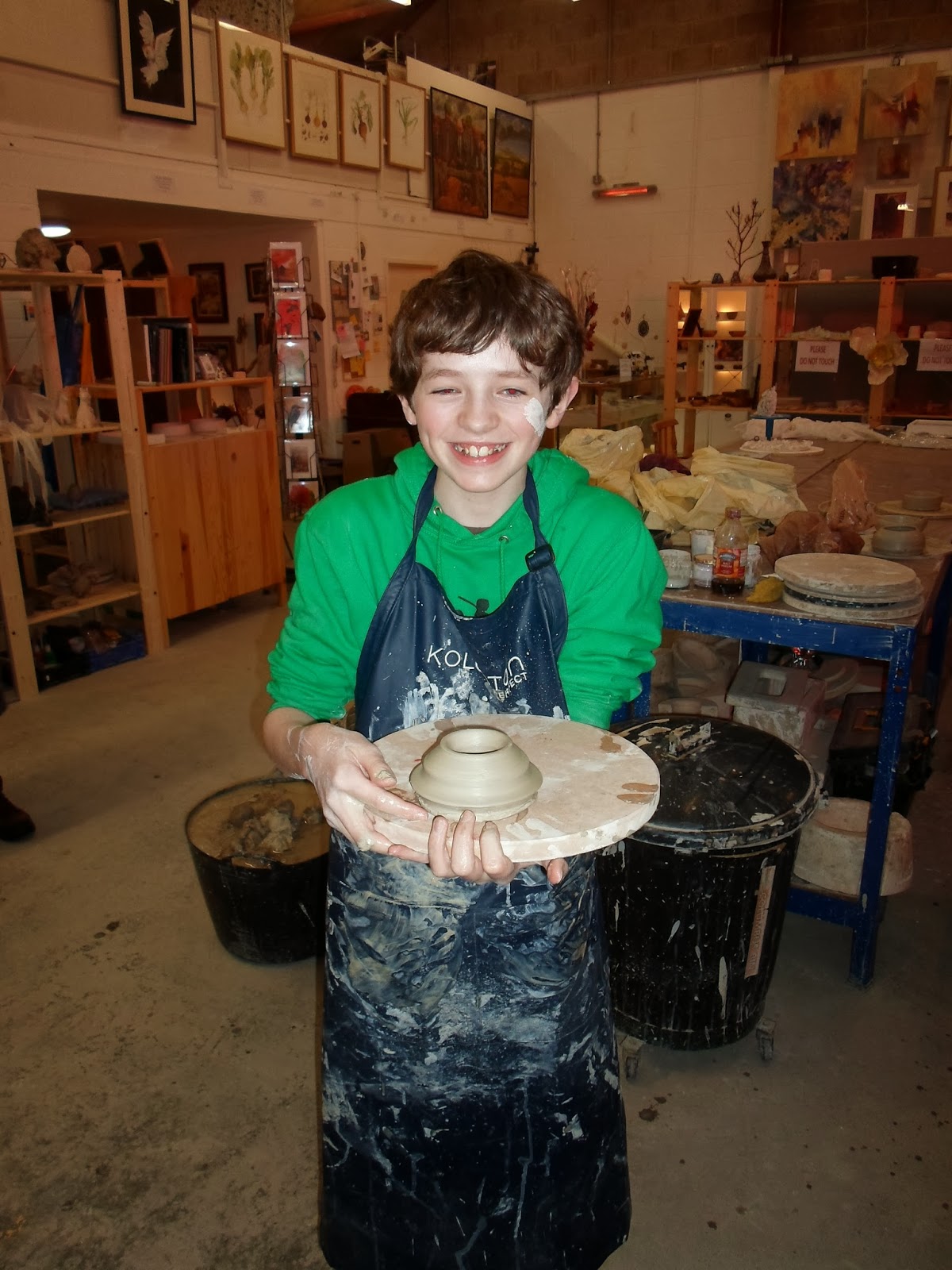 And Daisy thought Fred would like to wear clay on his face.  Actually, she thought we all should ;o)

We will be going back in a couple of weeks to glaze our pots. The children thought it was the best thing they'd done in ages and daisy and Fred have both asked if they can go again instead of having birthday parties. (This was Dot's belated 16th birthday treat). So it was a very successful day out.

And other good news is that I finally posted out my extremely late mini quilts to Jo in Tas and Stephanie.  That made me happy - I hope they make them happy too.