Catching up and new arrivals 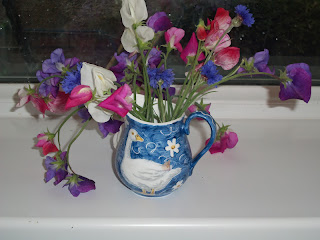 Crikey, it has been 2 months since I last posted - and to think there was a time when I posted nearly every day - how did I ever find the time or the things to say?  I really wish I still had my old blog-posting and reading habit but it just seems to have gone.  Maybe it's to do with the children growing up and life just changing as it does over time. 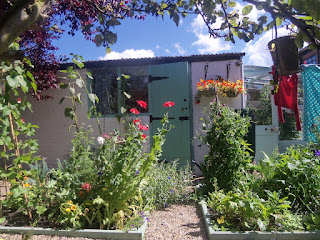 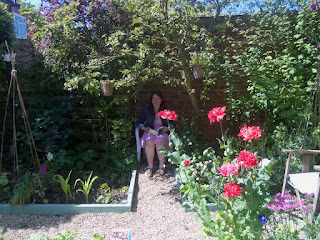 I thought I'd show you some photos of our new garden in bloom. 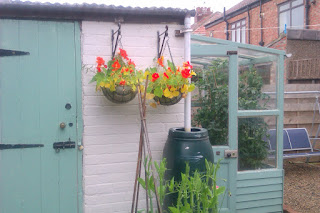 These pictures were taken a while ago and some of the flowers have gone over and there are new ones in their place but the garden isn't looking as photogenic at the moment - especially as yesterday I pulled a whole load of gone-over plants out so there are quite a few bare patches. 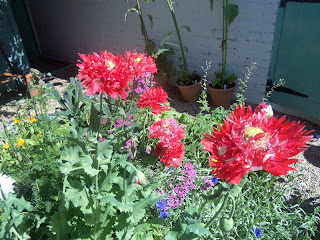 Our vegetables really haven't done very well.  The only things that have been successful are the runner beans - and I desperately need to pick and eat some soon. 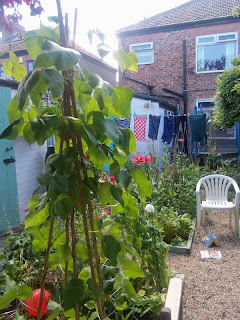 Our courgettes are lack-lustre, the peas produced enough for a scant serving and I forgot to pick the single serving of broad beans until they had grown too big.  I can't find my onions and my garlic seems to have disappeared too - but I think it is still there somewhere!  And caterpillars have eaten their way through the kale and strangely the calendula leaves too. 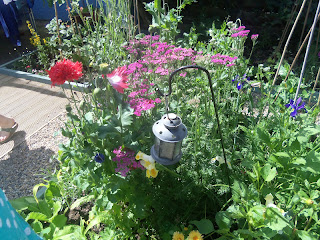 The flowers on the other hand have been lovely - loads of sweet peas and cornflowers, calendula and mad frilly poppies, achillea and anthemis and recently a bright orange crop of dahlias that a friend grew from seed. I definitely need to grow more of them next year in a selection of colours. 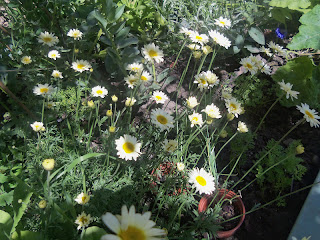 The most exciting thing to happen in the garden took place yesterday with the arrival of these little beauties! 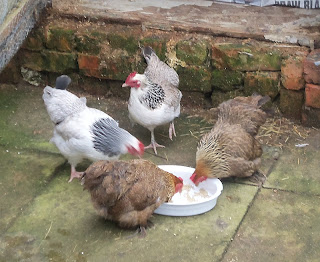 We used to keep chickens but haven't had them for about four years and their house had been converted into a rabbit hutch for Alfie. 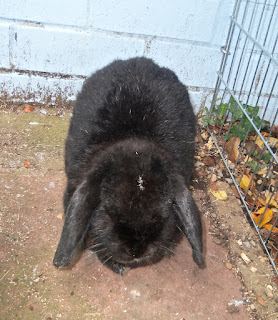 But it has been converted back into a hen house with the addition of a perch made from a branch of our flowering cherry, with supports made out of forks in the branch - so clever 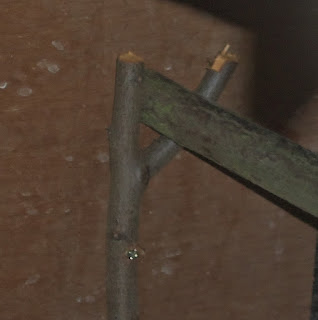 and Alfie has had a fabulous new hutch built for him - mostly out of an old pair of garage doors. 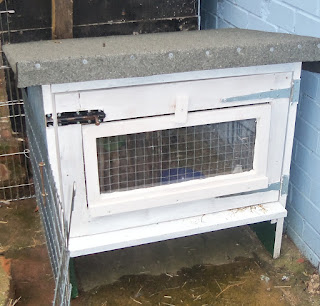 Who was behind this  makeover? Our marvellous neighbour Malcolm of course - he always manages to turn my mad schemes into reality and we are very grateful! 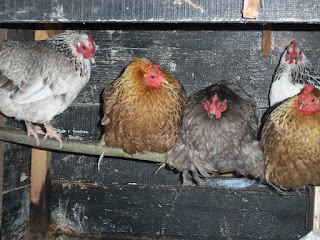 This is the initial collection of hens - 2 Light Sussex bantams that we bought on Saturday from a 16 year old near Durham, with 3 Pekins that we pinched from Mum and Dad. 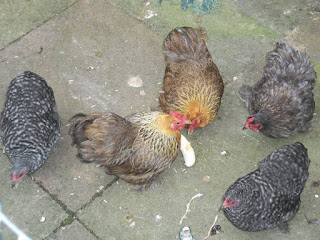 And this is the revised collection - the 3 original Pekins with 2 Cuckoo Pekins that we bought from a lady - also near Durham - as we had to rehome the Light Sussex hens with Mum and Dad when we discovered yesterday morning that they had no intention of staying inside their run and were set to explore the garden and neighbourhood!

The Pekins are such docile dumpy birds that the idea of escape will probably never occur to them.  Daisy is most upset that a couple of the older birds are picking on the two new ones but I've explained that it should soon settle down once they have established the pecking order - she's still cross with them for "being mean" though!

We each have our own hen - even a reluctant Mr Locket (!) and they are called Betty, Hetty, Jenny, Hilda and Fred's is Perky-the-peacefully-perching-Pekin. 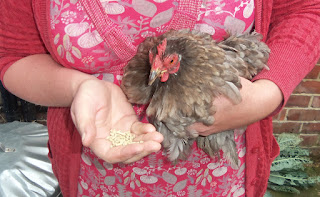 They are spending most of their time roosting in their house but we are hoping they will get more adventurous once they get used to their new accomodation.

Now I promise to come back before another two months has passed - mostly because I need to tell you about our holiday in Italy and about Dot's 15th birthday - how can she be so grown up?!
Posted by Locket Pocket at 15:20 11 comments: